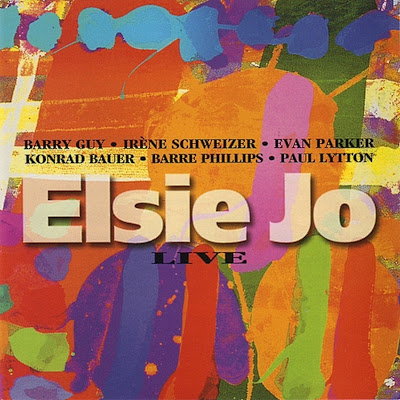 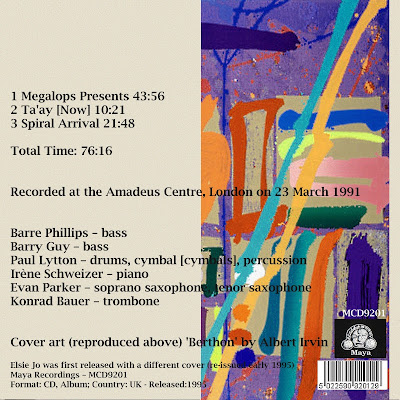 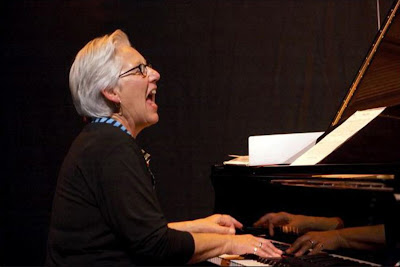 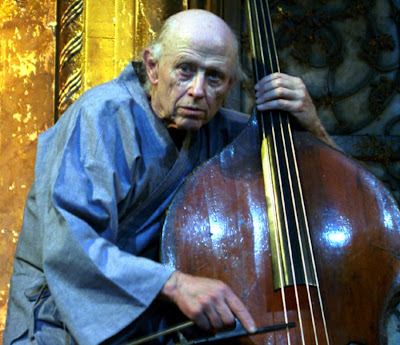 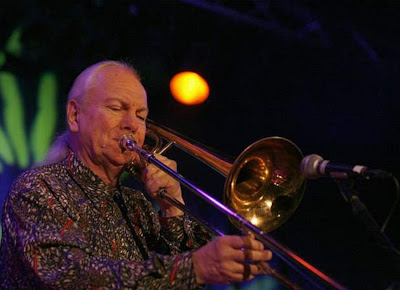 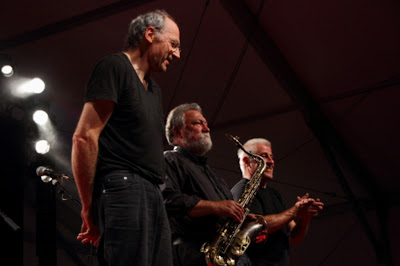 Elsie Jo are five of European free improv's most experienced and respected performers, plus an American virtuoso bassist. Barry Guy, Irène Schweizer, Evan Parker, Konrad Bauer, Paul Lytton and Barre Phillips have all worked together in the impressive London Jazz Composers Orchestra, and Parker, Guy and Lytton as a long established trio. In other words, all of these musicians know each other's game – and my word it shows! Clocking in at nearly 45 minutes, Megalops Presents can only be described as consummate collective improvising. Ideas flow with amazing surety, develop into thickly textured structures and peel away almost imperceptibly: a trio emerges where only a moment before a sextet had existed and so on. After this Ta'ay (Now), a sparkling duet between Evan Parker and Irène Schweizer, featuring ornate multi phonics on soprano which are complemented by the piano's rippling attacks. Then everybody gathers for a further 20 minutes of collective improvising.

How the group came buy their curious name is revealed in Barry Guy's notes which you can read when you buy this magnificent album.