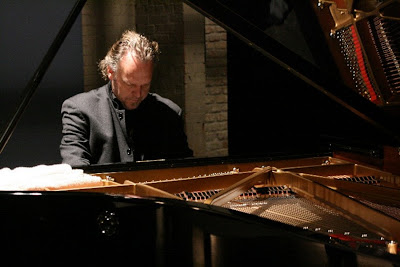 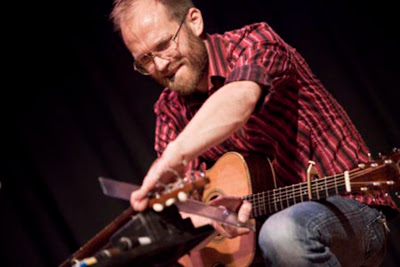 Recorded live at the 2004 Freedom of the City Festival, this album features the visiting Swedish duo of pianist Sten Sandell and guitarist David Stackenäs, on their own at first, and later joined by the trusty Parker/Guy/Lytton trio. Sandell is a powerful player and a resourceful improviser, resolutely belonging to the expressive camp. His use of preparations and occasional electronics (even his voice at times, although not much in this concert), and his extremely large dynamics palette deserve comparisons with Keith Tippett and Howard Riley. Best known for his tenure in the improv collective No Spaghetti Edition, Stackenäs is less easy to characterize, his playing seemingly borrowing from every meaningful guitarist in classical, jazz and avant-garde history, from Bailey to Segovia and Lussier. As a two-headed unit, Sandell and Stackenäs light sparks, their dialogue often turning into argument. "Jansson's Temptation (Part 1)" is a heated debate, the pianist hammering one point after another before laying a gripping solo consisting of sharply contrasting elements (as if he were now arguing with himself). The second part of this duet cools down and lingers on, Stackenäs' use of a hand-held fan (or other rotating device) on the guitar strings bringing little more than a cliche to the improvisation. The 34-minute quintet piece with Parker, Guy and Lytton is all over the place, ranging from near-chaotic five-way exchanges to an almost silent middle section and a couple of uncomfortable points of hesitation in between. Stackenäs' acoustic guitar often gets buried by the force brut of the English trio (to which Sandell seems more than happy to add), but there are also a few minutes of true group communion. Despite being entertaining and varied, Gubbröra rarely steps beyond that line, making it a rather unessential item.