"He exists in the present moment, which allows his musical expression to speak in reflective tones conveying the numerous sensations he is experiencing from the coalition."
_ Frank Rubolino, Cadence Magazine and One Final Note

Pianist Joel Futterman is recognized internationally as one of the foremost pioneers in the musical genre of free jazz and collective improvisation. A native of Chicago, Illinois, Futterman resides now in Virginia Beach, Virginia. He began studying classical piano at an early age and grew up playing bebop in Chicago's after hour jazz clubs as a teenager. Joel quickly migrated to freer and less structured forms of musical expression. He owes a musical debt to such innovators as John Coltrane, Thelonious Monk, and Eric Dolphy. However, he stamps his own unique personality to his music by combining adventurous voicings, impassioned energy, and spectacular technique. His masterful technique is the product of a practice regiment of 8-10 hours a day on the piano. But for Joel, technique is invisible. It is only the means for total expression unencumbered by physical limitations.
Describing his approach to improvising, Futterman has said he anticipates only one or two phrases ahead of what is he is playing---the third phrase becomes clear only as he begins his second phrase. His improvisations unfold unpredictably, yet are guided by a strong sense of purpose and coherence. His piano style relies on his uniquely developed technique of rapid overlays and looping hand cross-over techniques such that a first time listener to his recordings might think that multi-track recording was used. In recent years, he has introduced a new dimension to his music when he leaves the piano to pick up the curved soprano saxophone or Indian wooden flute.
Joel has performed around the world with many jazz greats including Rahsaan Roland Kirk, Jimmy Lyons, Joseph Jarman, Richard Davis, Edward "Kidd" Jordan, William Parker, Hal Russell, Fred Anderson, and several other noted jazz artists. He has amassed a discography of over 40 recordings. 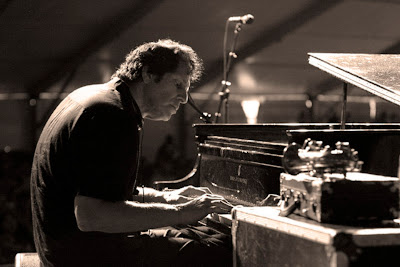 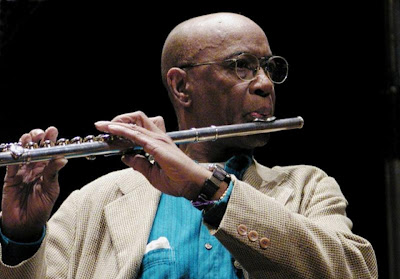 "Of all the forms of expression, music can enter most deeply into the whole being, the emotions, memory, and the intellect as it connects with feelings and desires. Of course, for this to happen the musician must be in full communication with himself. That is apparent in listening to Joel perform."
_ Nat Hentoff