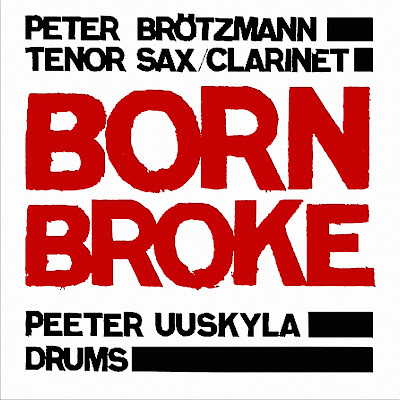 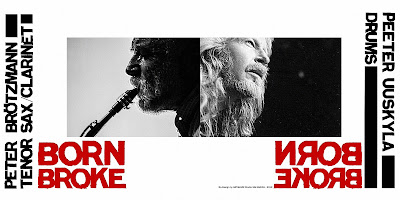 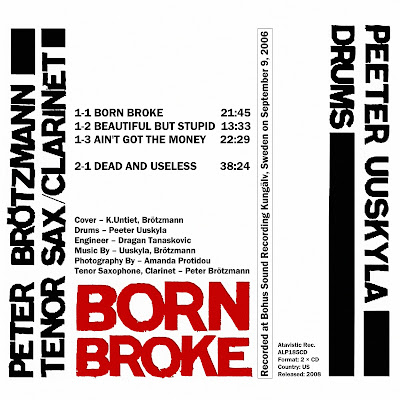 The duo format allows no hiding place for either player. Not only is there no underpinning structure to fall back on, each player is in the spotlight constantly, being continually challenged by their playing partner. (This probably explains why the list of those who attempt this format reads like the premier league of sax players and drummers.) And so it is here with Brötzmann and Peeter Uuskyla. 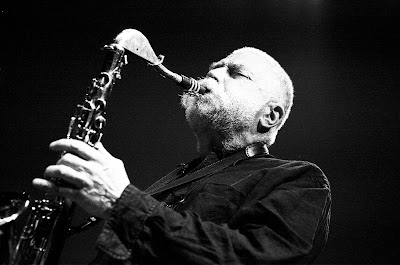 German multi-reedist Peter Brötzmann, the grandfather of European free jazz, and Swedish drummer Peeter Uuskyla have been playing together in various line-ups for the past ten years. Although Brötzmann's dynamic range has expanded considerably since his early days as the fire-breathing author of the seminal Machine Gun (Atavistic, 1969), he hasn't lost any of his vivaciousness. Guided by the stalwart rhythmic focus of Uuskyla, the duo finds ample territory to explore throughout this double disc set.

Brötzmann's blast furnace intensity is legendary, and there are plenty of opportunities to bear witness to his acerbic testimonials over the course of these discs. The Ayler-esque folkiness of "Beautiful But Stupid" yields stretches of unflagging turbulence; Brötzmann wails with fervent abandon on tenor while Uuskyla flails like a whirlwind, every limb in motion. Trading velocity for volume, the bluesy swagger at the core of "Ain't Got The Money" is just as severe as the circuitous assaults that bookend "Dead And Useless."

With a conversational acumen years in the making, their subtle asides and interjections are proof of their acute listening abilities. The duo's finely tuned rapport manifests most clearly during the occasional introspective passage. As the second half of the title track subsumes to a hushed cry, Uuskyla's brushes waft over his snare, accompanied by gentle pulses from his bass drum, while Brötzmann unfurls muted multiphonic cries from his clarinet, invoking an air of melancholic discontent.

Uuskyla's structural aesthetic allows Brötzmann a series of formal constrains to improvise within and against. Their artistic temperament forms a virtual yin and yang balance; Uuskyla reins Brötzmann in, while Brötzmann pushes Uusklya. The creative tension between their approaches makes this session one of Brötzmann's more compelling and accessible releases.

Brötzmann has played with more apocalyptic ear-splitting frenzy elsewhere, but not with as much clarity and diversity. Full of visceral beauty, passion and pathos, Born Broke is a prime example of contemporary free improvisation and a perfect introduction to one of the innovators of European free jazz.