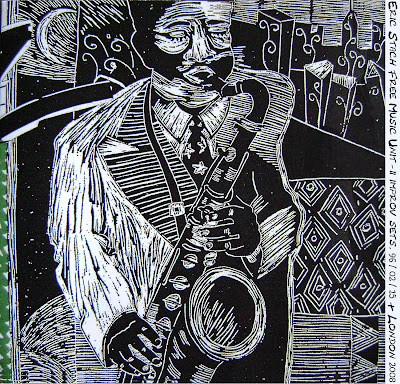 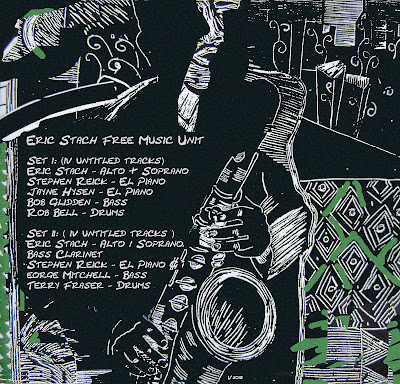 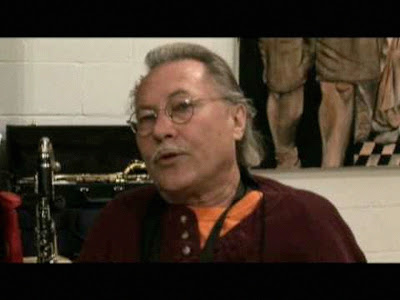 Since these the rare recordings are not Eric Stach's regular album, reviews does not exist, but I am for this opportunity found this interesting text of the incredible James Reaney's (The Free Press's resident A & E columnist on the London arts scene and his place in it) from 2008, I think it will be interesting to read.

Nobody around has titles quite like Eric Stach. The saxophone colossus of lower Clarence Street tried on Destroy the Nihilist Picnic and Ron Martin Special with Mustard as the guiding light of the London Experimental Jazz Quartet and Love Sonnet to a Magenta Maiden under his own name with the same basic group in the 1970s.

I plays those two album's (1974's Invisibile Roots by the LEJQ on the dear departed Scratch Record label) and 1975's Stach's own Fruit From Another Gardent (Radio Canada International RCI 425) every now & then.

Because Eric is often playing - and playing well with a good interesting group - somewhere in person, I haven't kept up with all his recordings.

Now, in early 2008, Eric has sent along a really good CD - titled The Abandonment of Everything Superfluous (still, those great titles) - of two performances from 2000. One is a 44-minute set /piece titled Not for Nothing with Eric and Canadian cellist Doug Ennis from the 2000 No Music Festival. (I think I was actually there for the event at Aeolian Hall. I remember Eric and Ennis sounding terrific at one of the fests). The other is a much shorter piece titled Double Scotch in the Cathedral with the late Peter Kowald, a German bassist whose is called a major figure in the development of European improvisation by the jazz encyclopedias.

Apparently, No Music fest organizer Ben Portis didn't feel the Stach-Ennis sounds fit on the boxed set No Nothing. Too soft or something. Well, it is sounding just fine right now. Soft & harsh & tender & squawks & Ennis really inspiring Eric and vice versa. Listening to it right now, I am back at Aeolian Hall leaning over to say to vibes master Peter Denny (& he played as a guest on the 1974 LEJQ album) how this is some of the best Eric I'd ever heard. Over at least parts of four decades. Still true.

The Kowald-Stach duo was recorded at the Gulf Coast Museum in Largo, Fla. (Eric was living in Florida at the time) earlier in March, 2000. Kowald's presence makes it of obvious historic importance & Eric plays as if he has found a kindred spirit. That's how he felt when he met Kowald at the concert. The German player asked for a double scotch for himself and a double scotch for his new friend in music during an interlude at the museum's bar. The then- new museum had cathedral-like ceilings and so now we have another classic Eric Stach title and performance.

There don't seem to be plans to make The Abandonment of Everything Superfluous available for sale. I respect that but hope that it changes. This is prime Eric. (For more details about the Eric Stach Free Music Unit and downloads of the Kowald concert, check www.rieck.ca/rebel.html)

London names that jump off the CD jacket include Tim Glasgow, Wendy Saby and Portis.

Anyway, on a good run of Fridays at his Clarence Street home base, Eric has continued to invite musicians into make freeeeeeeee & freeeeeeeeeeeeeing sound & sounds with him. (I believe they're on winter hiatus). There has often been a fine, fine bassist Art Lange (sp?) who plays with the K-W orchestra, I think. He provides the same brand of drive & bottom that Ennis and Kowald do on the duo sets.

I await more live and in-person Eric.
For now, I embrace Abandonment.