This is the second disc from the collection "Sergey Kuryokhin - Divine Madness" of the four, label Leo Records (1997).

The original vinyl release has the following characteristics: 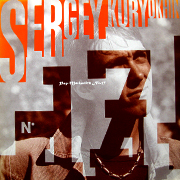 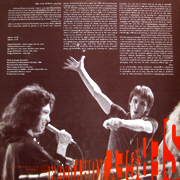 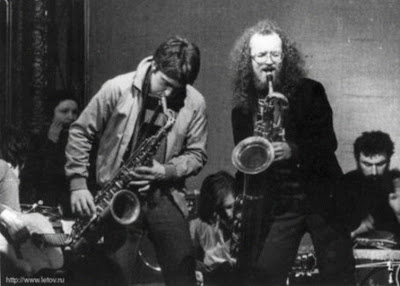 Sergey Kuryokhin (born in Murmansk on June 16, 1954), pianist, composer, band leader, actor, director and public figure died of cancer on July 9, 1996, at the age of 42. He first attracted public attention as jazz pianist, playing solo, with Vladimir Chekasin, Anatoly Vapirov and others. In the early 1980s, before he was allowed to travel outside the Soviet Union, his records published by Leo Records, as well as a number of TV programs made him one of the cult figures of the burgeoning Russian underground.

In 1984 he formed Pop-Mechanika Orchestra - a band, a concept and a philosophy. The band, which could be anything from a modest trio to a full blown multimedia extravag anza complete with a full symphony, a brass band, a rock group, a circus, a zoo, a gypsy singer, and whatever else his fantasy could bring up at the moment, subsequently toured most of the world. Sergey Kuryokhin's discography counts more than 40 LPs and CDs, he composed music for dozens of films worldwide. His importance however stretches beyond his documented legacy. He was most known and valued as a tireless catalyst of artistic life, as a creative force which united and formed the artistic community, as one of the strongest and most vital voices of a rev olutionary era, the era which transformed the stagnant Soviet Union into new, yet unknown, but vibrant Russia.

Walls all over the world are coming down: cultural, physical and intellectual. As was the Pop- Mechanika Orchestra, the SKIIFestival will be of an interdisciplinary nature. Thus it is rather a Feast of Arts: the Festival stages will host Baroque, Classical , Jazz, Free Improvisation, Rock, Dance, Film, Theater & Poetry.