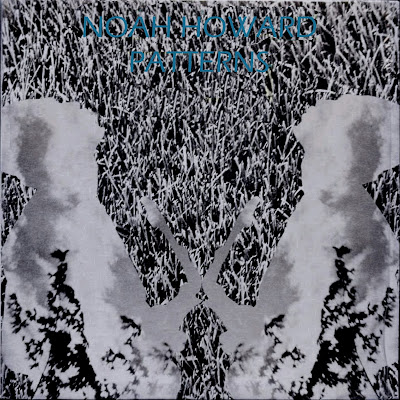 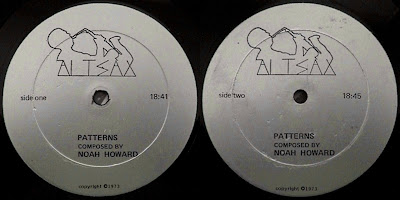 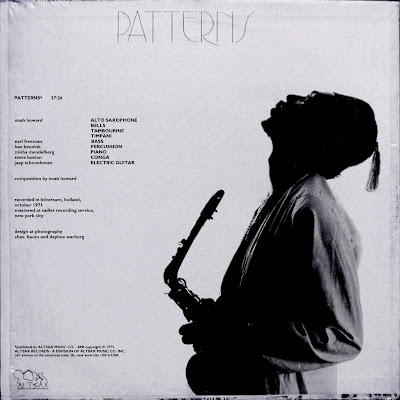 A nice obscure one from Noah Howard, recorded in Holland during his time in Europe, and featuring a great lineup that includes Misha Mengelberg and Han Bennink. The album is one long track – "Patterns" – in which Howard solos in a fairly free, post-Coltrane kind of way, although the other players retain more of their own styles.  (Dusty Groove, Inc.) 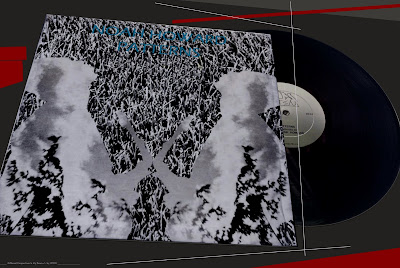 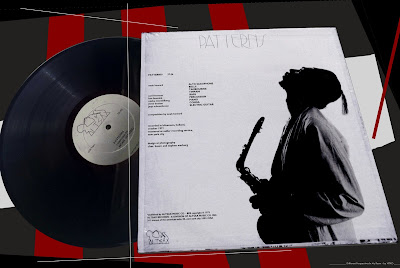 Originally issued on his own AltSax label in 1971, the "Patterns" session is one of the great mystery spots in the Noah Howard canon... The blasted opening sequence, which we seem to enter whilst already in-process, is a space duet for conga & electric guitar unprecedented in the annals of jazz & new music. When the rest of the musicians enter there is a heavy attempt to africanize Dutch architecture, a proposition which Mr. Mengelberg seems reluctant to accept. What eventually occurs is a primitivist aerial slugfest that invokes a world of shared experience, then negates its substantiality with hammers of nihilist beauty. Emblematic of the end of Europe's open arms policy towards America's expatriate improvisers, "Patterns" remains a nobly ferocious, confounding ghost.
_Review by Byron Coley 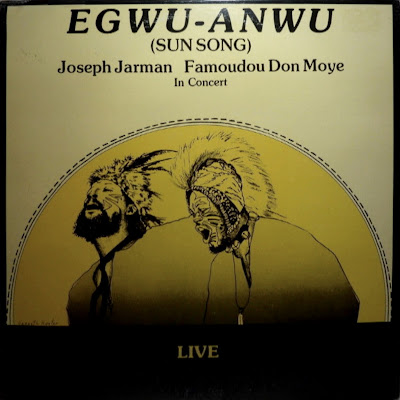 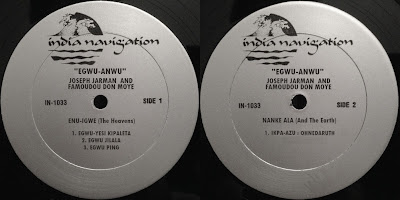 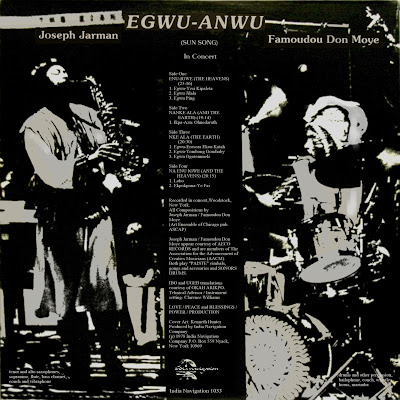 Egwu-Anwu (Sun Song) is an out-of-print live recording by Joseph Jarman and Famoudou Don Moye. The recording is of a live performance recorded in Woodstock, NY, on January 8, 1978, which was released by India Navigation  (catalogue # IN 1033). 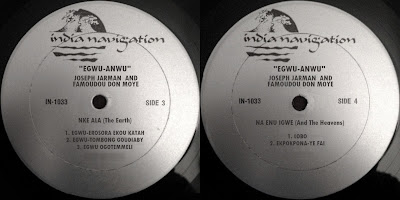 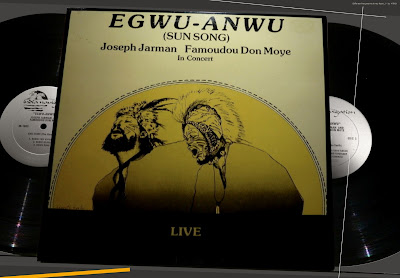 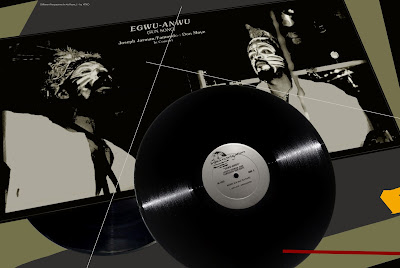 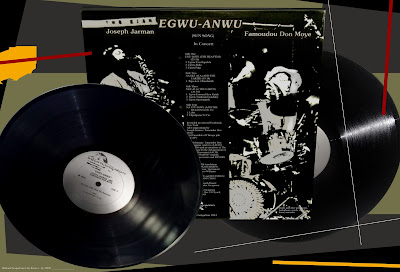 Half of the Art Ensemble make a special live appearance for this wonderful late 70s set – recorded in concert in Woodstock, with a loose, open feel that's as much New York loft jazz as it is Chicago AACM. Jarman plays a variety of reeds – including tenor, alto, and sopranino sax, as well as flute and bass clarinet, and a bit of vibes – and the main percussion is handled by Moye on drums, marimba, and other instruments. The album features a long suite of tracks entitled "The Heavens / And The Earth / The Earth / And The Heavens" – building nicely throughout the extended performance!
(Dusty Groove, Inc.) 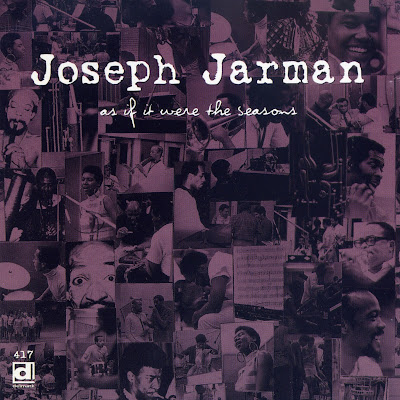 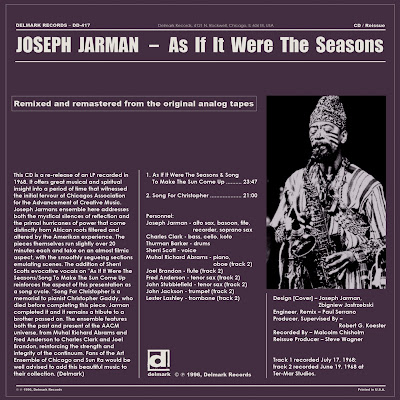 After the death of Christopher Gaddy, who played piano on his debut album, "Song For", Jarman played with the rhythm section of bassist Charles Clark and drummer Thurman Barker. For concerts he invited guests as Sherri Scott, who adds his voice to the trio for the first pieces in this record. Jarman composed "Song for Christopher", based on incomplete notations by the pianist, as a memorial to Gaddy. The piece was recorded by the group augmented by six musicians. Clark died on April 15, 1969 at twenty- four, he had taken part only in three recordings, Muhal Richard Abrams’s "Levels and Degrees of Light", Jarman’s "Song For" and this album. 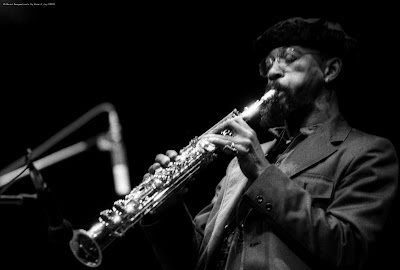 As If It Were The Seasons was Joseph Jarman's second album for Delmark records, following his 1966 debut, Song For. Recorded in 1968, it is a rare document of his artistry pre-Art Ensemble of Chicago. Remastered from the original analog tapes, this reissue sheds new light on a seminal free jazz classic.
The album contained two extended compositions; each one filling a side of the original vinyl release. Side one combined the title track with "Song To Make The Sun Come Up," both exercises in restraint and dynamic variation. Accompanied by bassist Charles Clark and drummer Thurman Barker, Jarman alternates between a number of reeds for color and texture. Drifting through patches of meditative silence broken by skittering percussion and breathy supplication, the trio ascends to a cathartic release led by Jarman, who unfurls an alto sax solo bristling with tension and fury.
As the storm subsides, under-recognized vocalist Sherri Scott materializes. Free jazz vocals are generally an acquired taste, but Scott delivers lyrical phrases with pitch control and subtle dynamics worthy of Sarah Vaughan. Blending notes and tones with élan, she dovetails with Jarman's alto as he soars upward with circuitous abandon. Sharing a moment of tender vulnerability toward the end, they float in unison over a haunting landscape of sinuous arco bass and scintillating percussion. 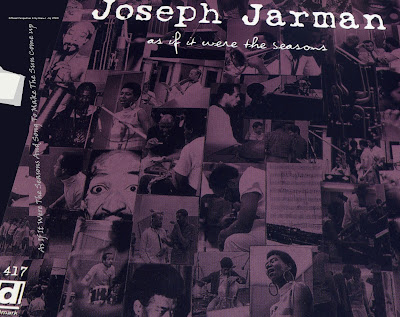 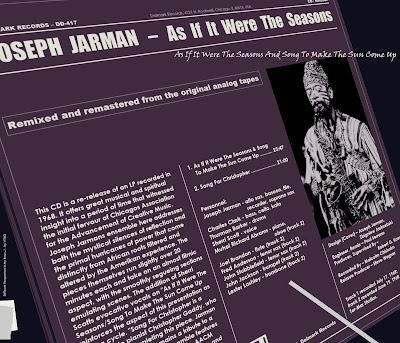 Dedicated to the late pianist Christopher Gaddy, "Song For Christopher" occupied the second side and augmented the quartet with six additional musicians. Pianist Muhal Richard Abrams, and tenor saxophonists Fred Anderson and John Stubblefield would all go on to great acclaim. Flutist Joel Brandon is now best known for his unconventional whistling, but trumpeter John Jackson and trombonist Lester Lashley have unfortunately since faded into obscurity.
Slowly gaining steam until the entire ensemble is in full swing, the episodic composition follows a dramatically unfolding arc. Expanding from a glacially rising vortex of sound into a gorgeous ascending melody, the group harmonizes on a buoyant line full of optimistic verve before tearing into a manic screed rivaling John Coltrane's Ascension (Impulse!, 1965) in density.
In the midst of the fray, Abrams' kinetic piano assault sidesteps Anderson's brawny tenor explosions as the entire group erupts in testimonial cries. The collective climax ends abruptly, yielding a nuanced coda ripe with exotic timbres; Scott's ghostly vocalese drifts through a magical soundscape of Asiatic percussion before fading into the ether.

In league with contemporaneous masterpieces like Roscoe Mitchell's "Sound" (Delmark, 1966) and Anthony Braxton's "3 Compositions of New Jazz" (Delmark, 1968), "As If It Were The Seasons" continues to challenge and reward listeners almost five decades later.