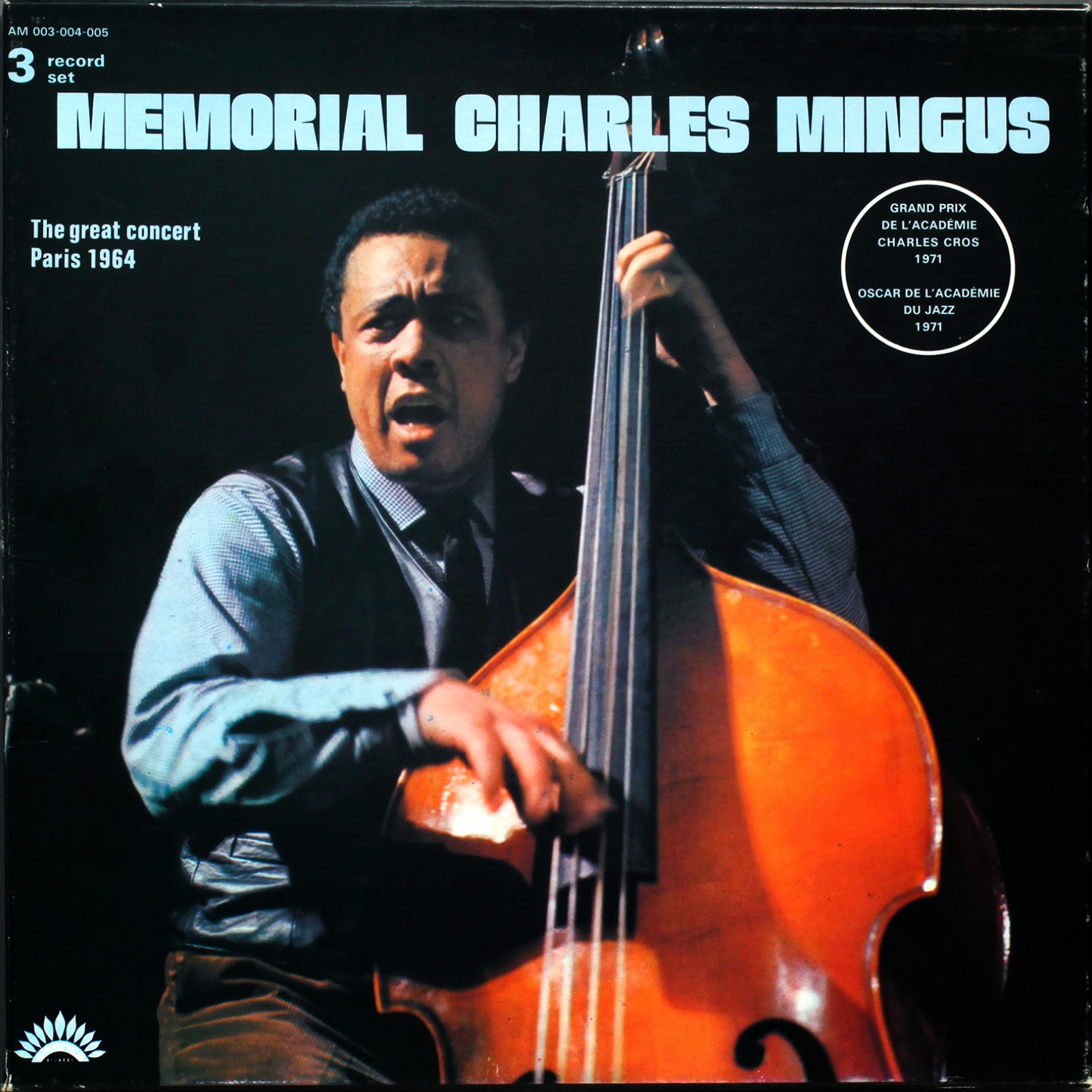 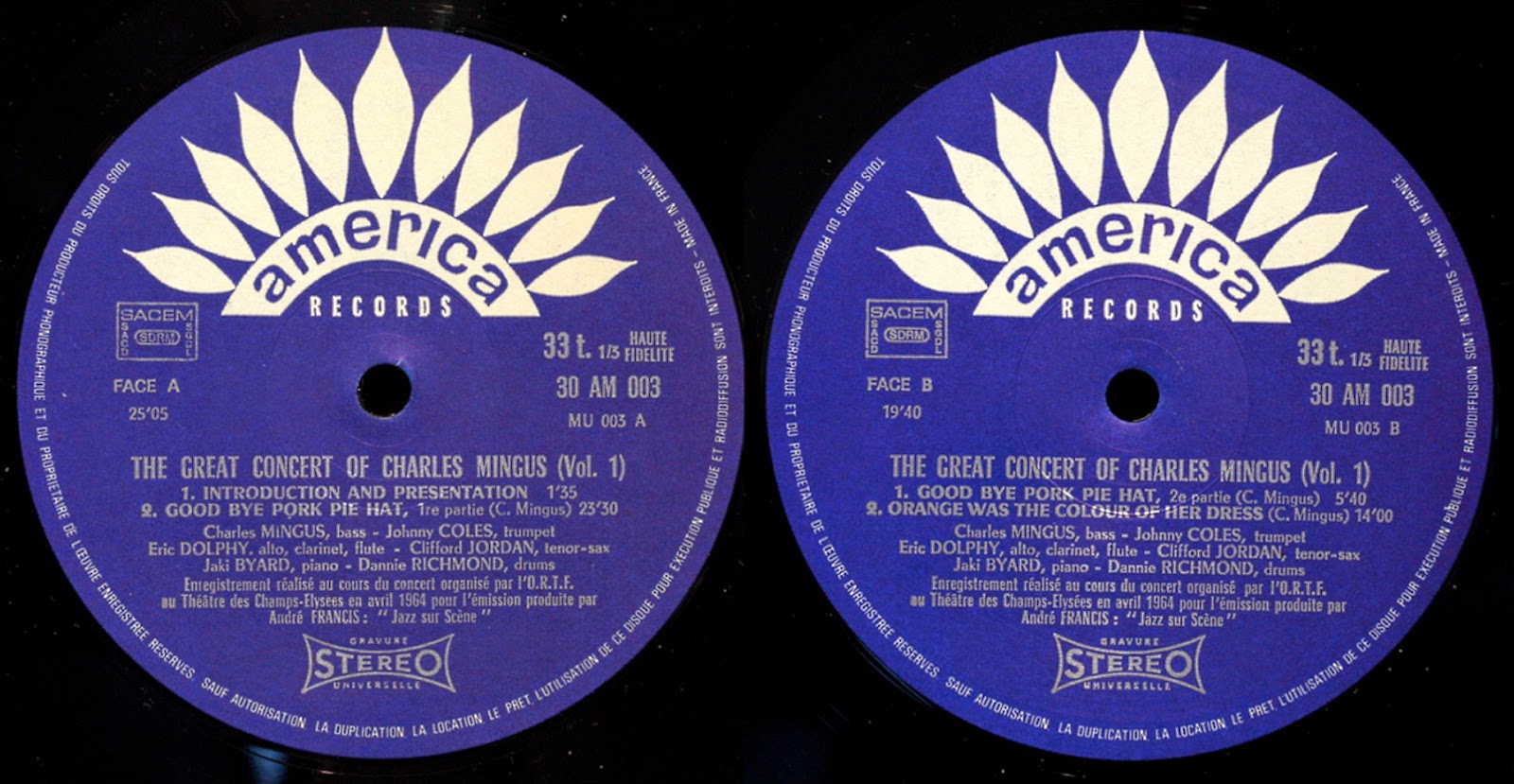 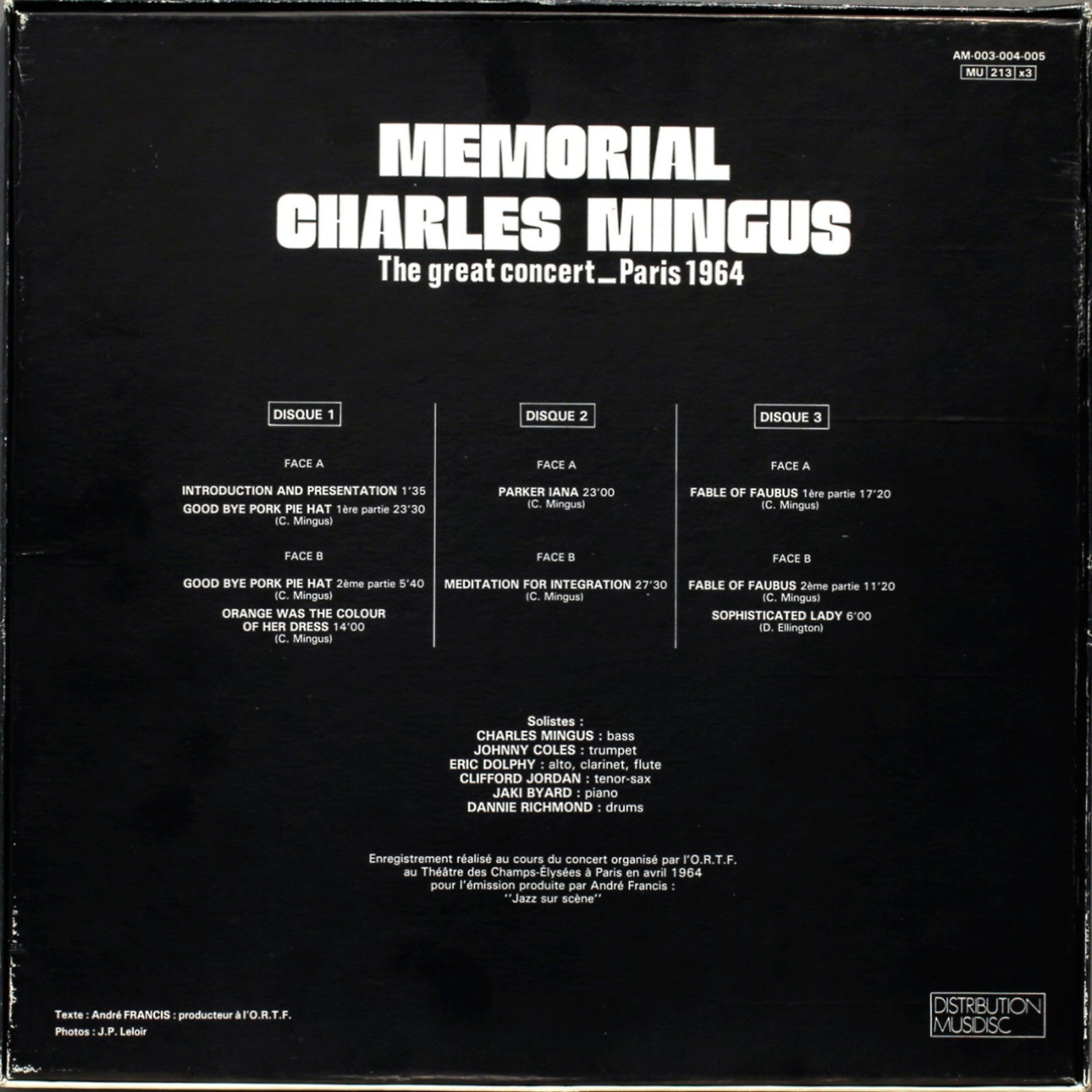 This three-LP set is the finest recording by one of Charles Mingus' greatest bands, his sextet with Eric Dolphy (on alto, bass clarinet, and flute), tenor saxophonist Clifford Jordan, trumpeter Johnny Coles, pianist Jaki Byard, and drummer Dannie Richmond. Taken from their somewhat tumultuous but very musical tour of Europe, most of these rather lengthy workouts actually just feature a quintet because Coles took sick (he is only heard on "Goodbye Pork Pie Hat"), but the playing is at such a high level that the trumpeter is not really missed. "Orange Was the Color of Her Dress" is given definitive treatment, and the nearly 29-minute "Fables of Faubus" and Mingus' relatively brief feature on "Sophisticated Lady" are impressive, but it is the passionate "Meditations on Integration" (an utterly fascinating performance) and "Parkeriana" (a tribute to Charlie Parker that features some stride piano from Byard and what may very well have been Dolphy's greatest alto solo) that make this gem truly essential in all jazz collections. (_By Scott Yanow) 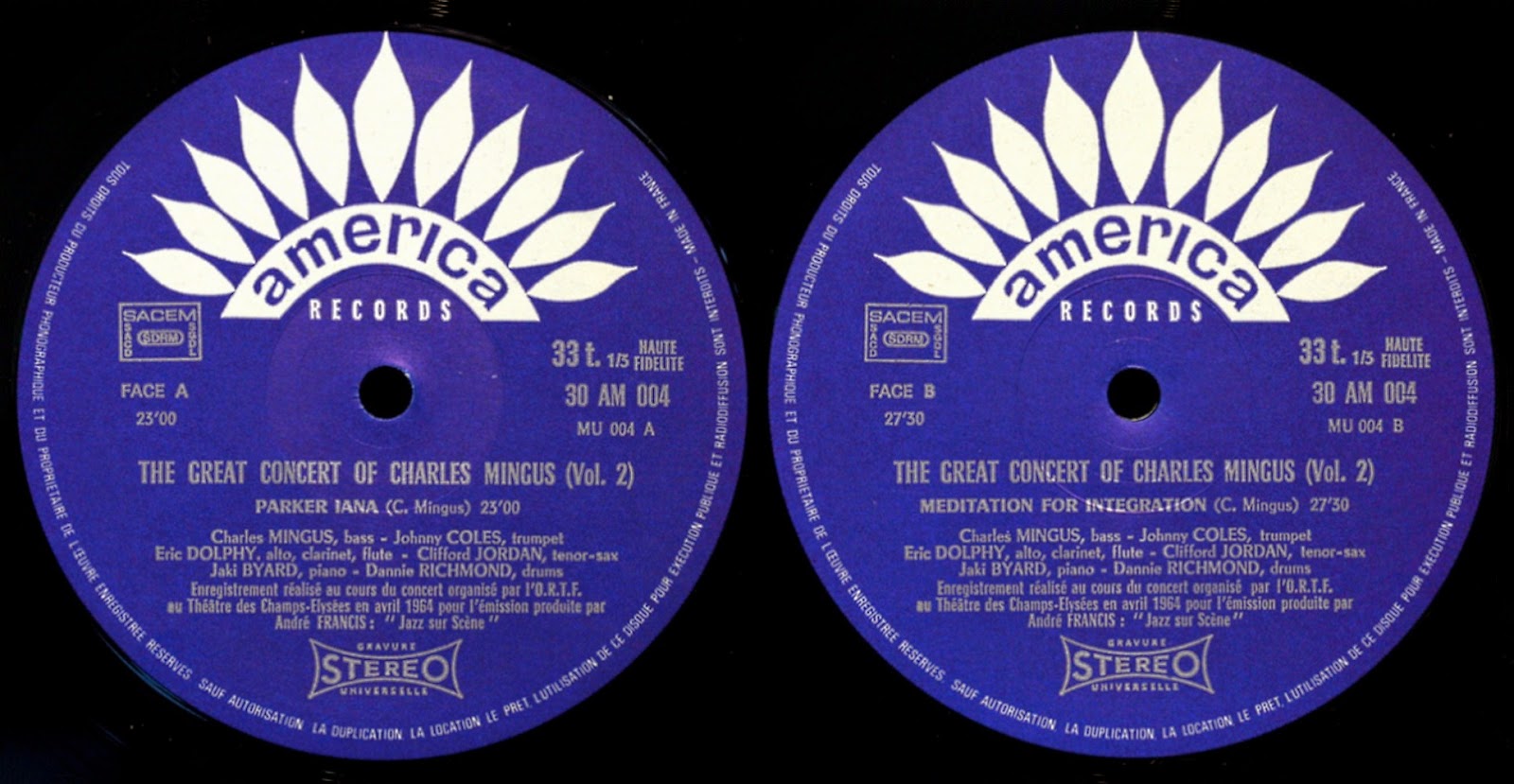 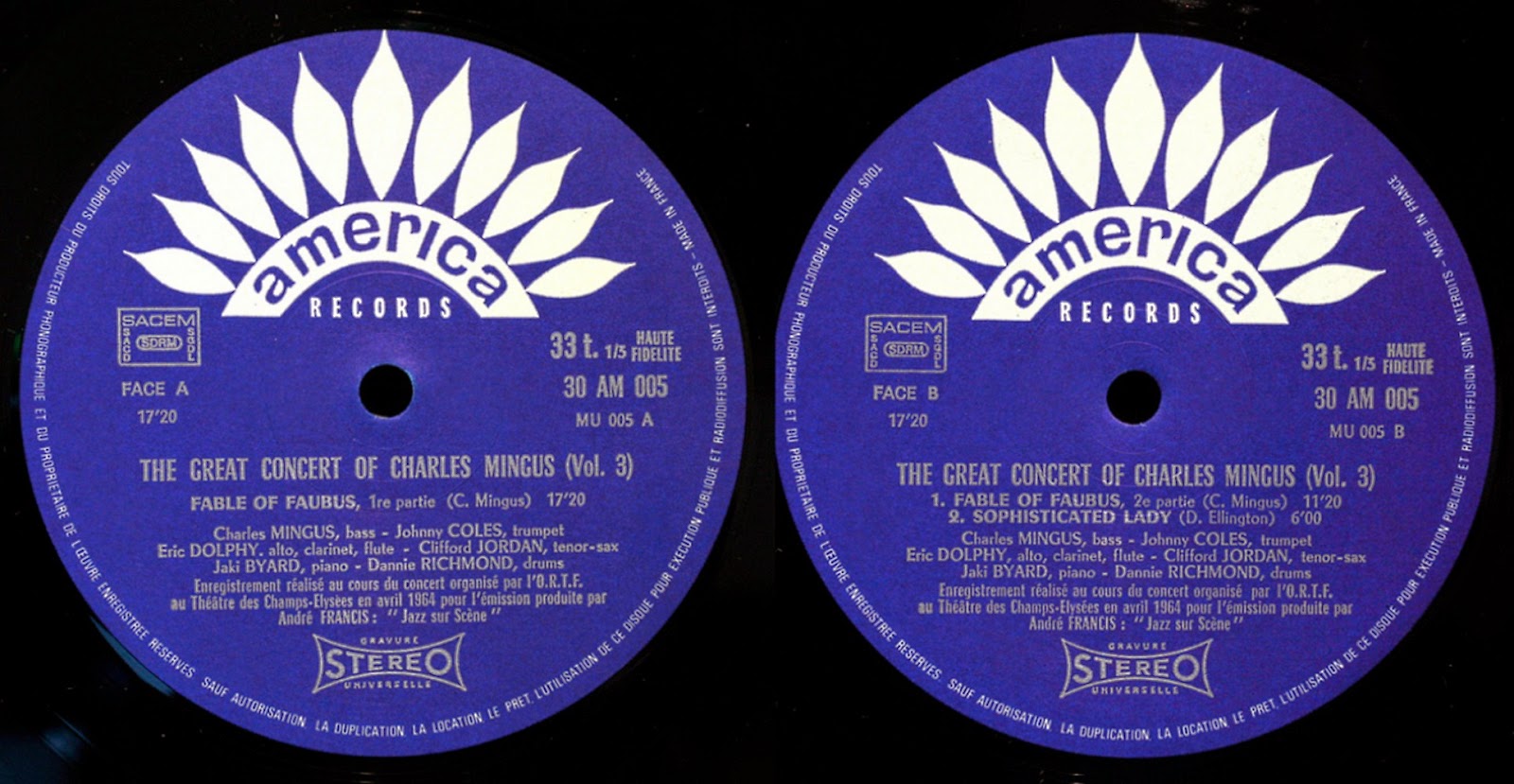 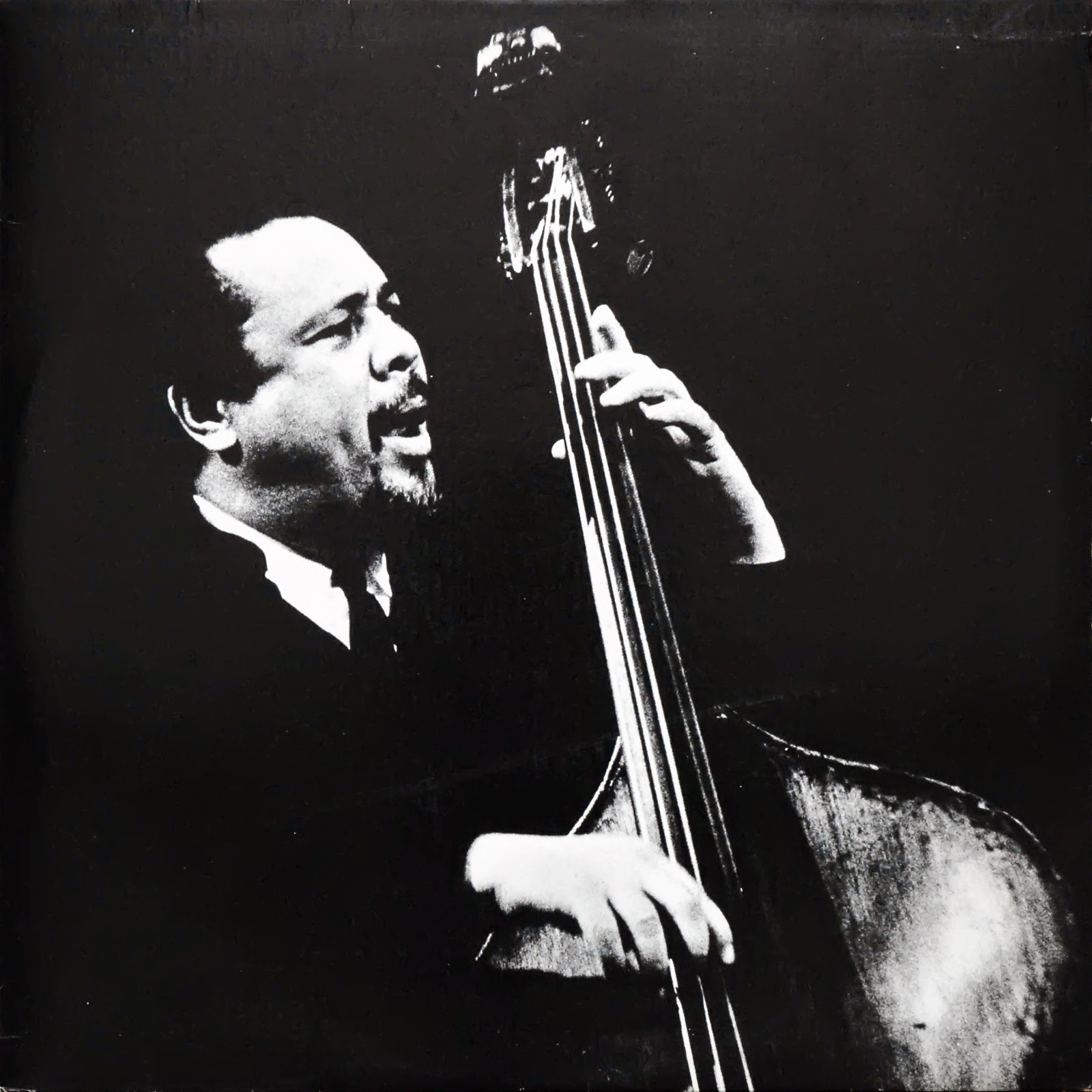 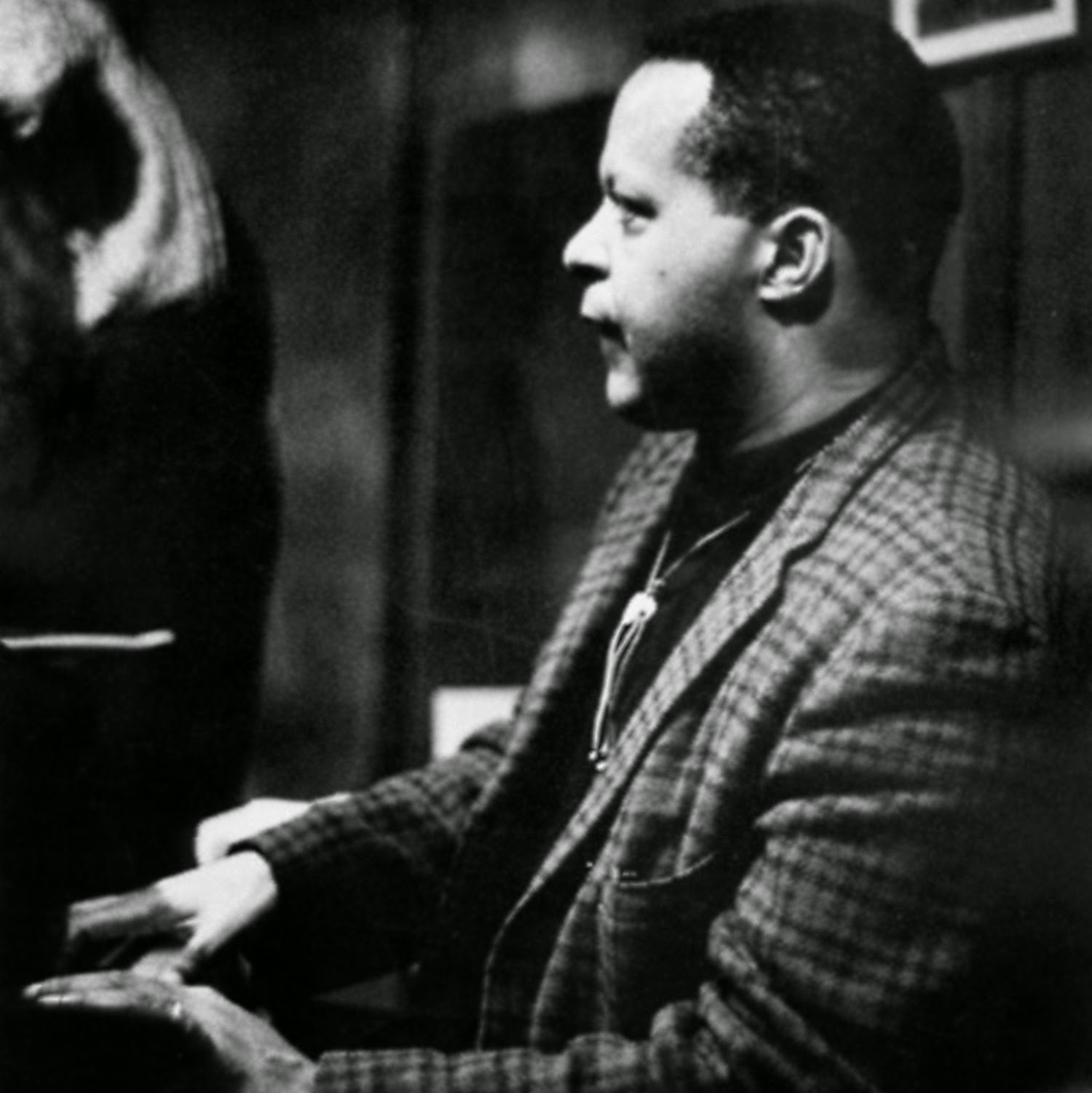 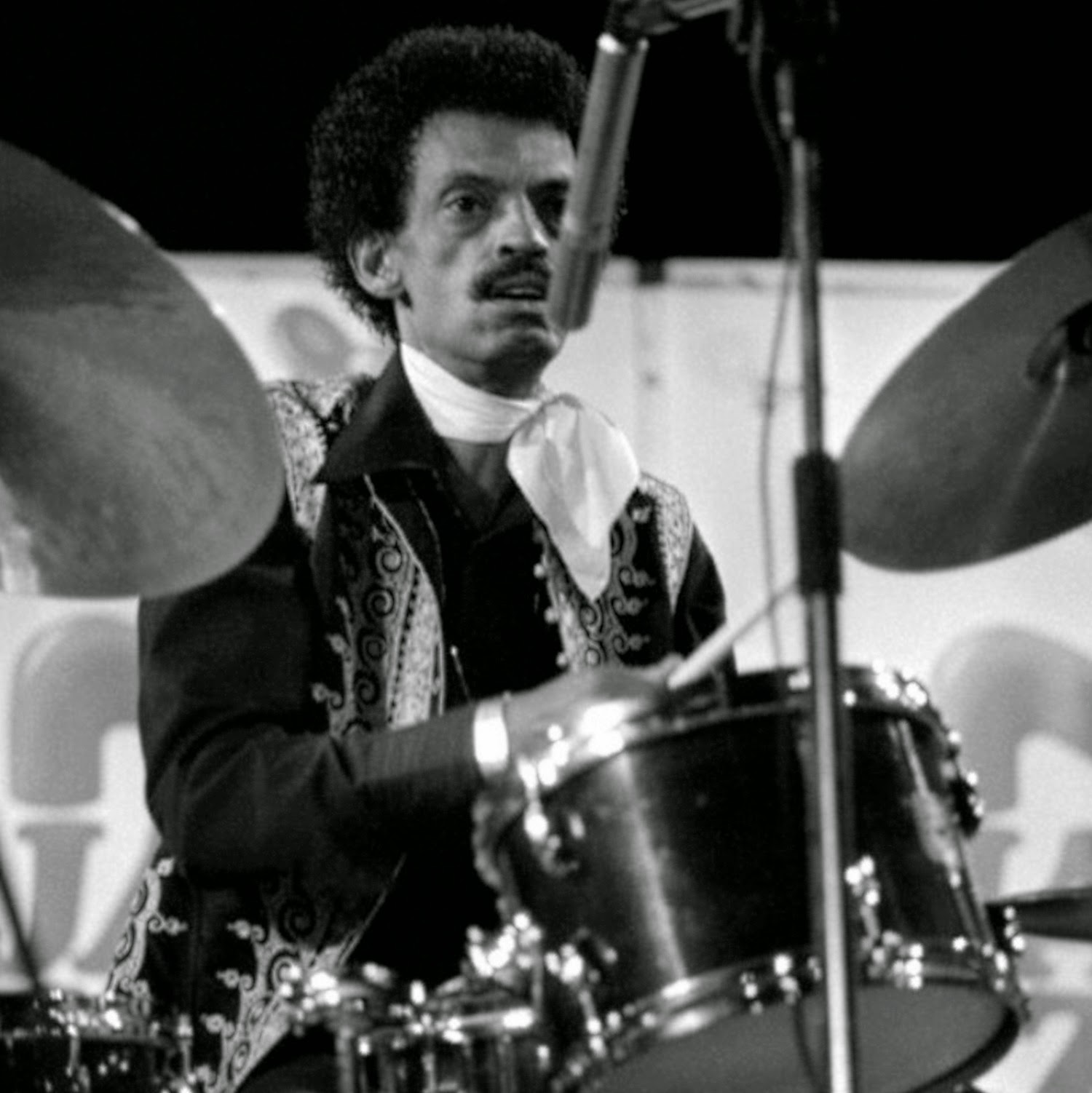 In April of 1964 multi-instrumentalist supreme Eric Dolphy rejoined Charles Mingus for a European tour, his plan being to stay on and look for a new base of operations. Since it proved impossible for Dolphy to find supporting musicians of the caliber he had known in New York, one could argue that the recordings from this tour represent his last great legacy. You might also maintain that Mingus never rose to these kinds of heights again, either, though he certainly had many good years left ahead of him.

Over time an impressive amount of documentation of the tour has surfaced, including recordings from nine dates made in eight cities in six countries. The first of these to appear commercially is the title under consideration, which was drawn from the appearance at the Theatre des Champs-Elysee in Paris. Joining Mingus and Dolphy were Clifford Jordan on tenor, pianist Jaki Byard and drummer Dannie Richmond. The trumpeter, Johnny Coles, had collapsed on the previous evening suffering from a stomach ulcer, among other things. His absence was obviously felt by his comrades, one possible reason that the music heard here was especially amazing, even by this group's standards.

Because of recording problems, from this album excluded two numbers (a rambunctious Byard solo flight and "So Long Eric"), but it is included a long track "Good Bye Pork Pie Hat", which was recorded the previous evening with Coles. Clifford Jordan hit his personal peak on this tour, both individually and in the various intriguing situations in which he and Dolphy counter each other. Dolphy himself gets off some brilliant and unique statements, showing that when he was inspired, his tendency to repeat certain figures didn't detract from his effectiveness. He just found ways to make the repetition work. And of course this was one intense rhythm section. Mingus' demonic drive and extra-sensory connection with his drummer were never more in evidence, while the unpredictable Byard was in a way perfect for this group. The fact that you never know quite what to expect just heightens the impact when he delivers, and he almost always did on this night.
_ By Duck Baker (JazzTimes) 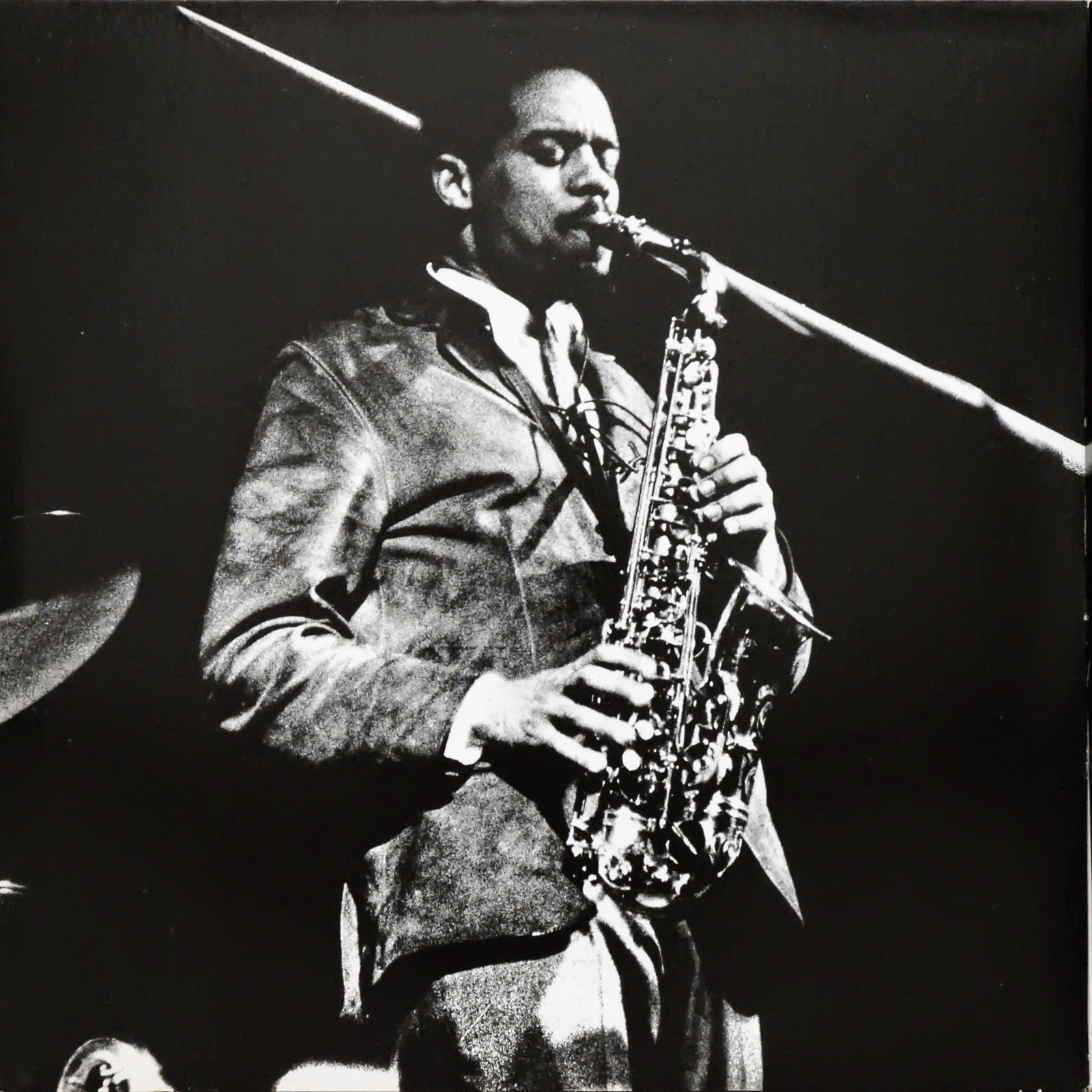 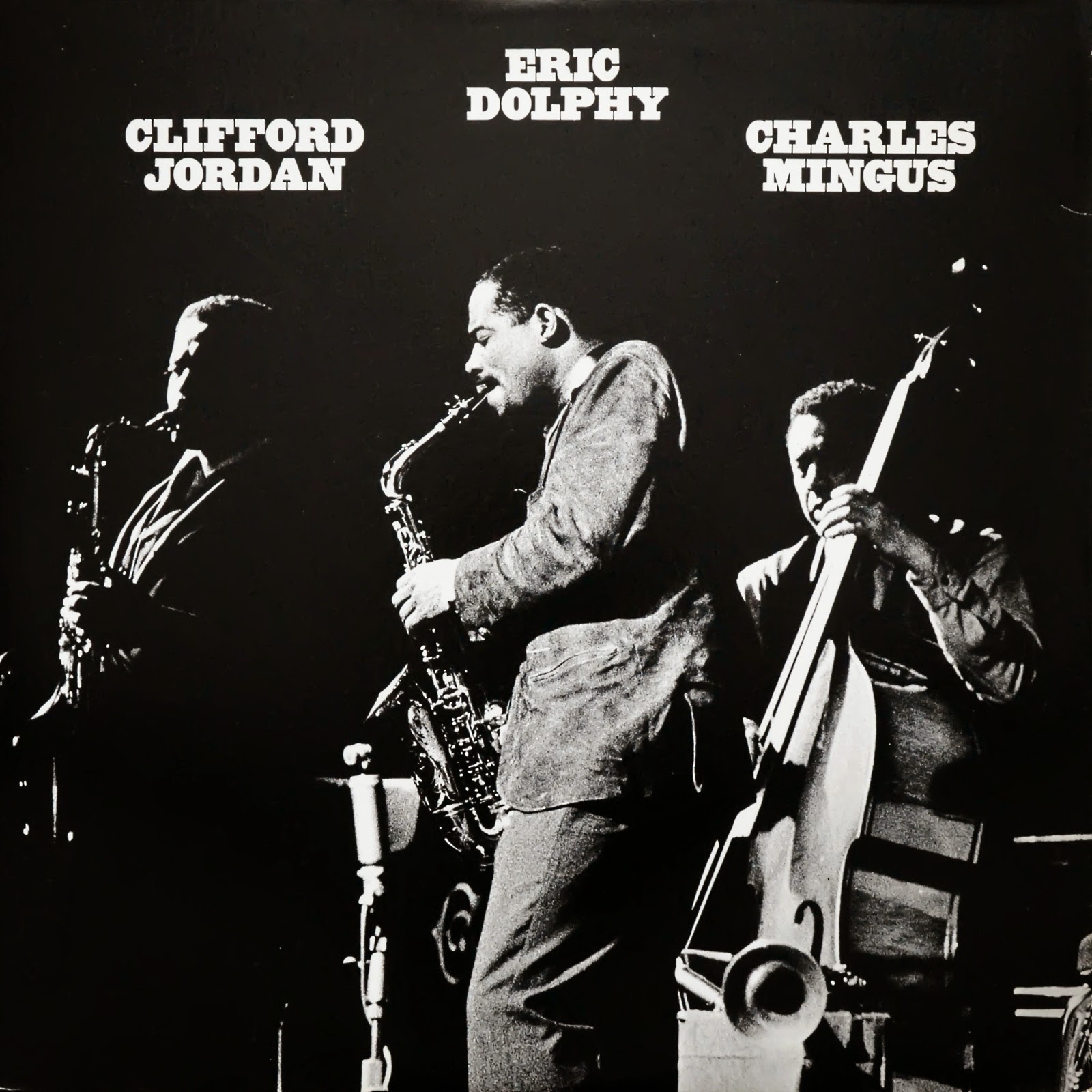 For all that it has survived over the past century, jazz music can be a fragile thing. Its reliance on improvisation and near-telepathic communion between group members means that for something truly transcendent to occur, the stars must be aligned in a way they rarely are. If we add in the hope that such a magical event might be heard by more than a select few, things get even more elusive, as now we must be sure that tape machines are running and microphones are working.

All this musing is my way of noting how improbable it is that this utterly wonderful music played by Charlie Mingus and one of his strongest groups in a Parisian theatre fully 50 years ago is here, preserved on a 3 LPs for all to hear. The recording of this concert, made on April 19, 1964.

At the outset, few would have expected this concert to be a classic. During the previous show, Mingus's trumpeter Johnny Coles had collapsed with a stomach ulcer and was rushed to the hospital. Mingus, along with tenor saxophonist Clifford Jordan, multi- reedist Eric Dolphy, drummer Dannie Richmond, and pianist Jaki Byard, had to soldier on, dealing not only with the emotional stress of Coles's illness but also with the resulting gaping hole in the band's arrangements. Somehow, the now-quintet managed to pull together a monster performance, cathartic and emotionally charged.

Simply put, this recording is not only one of Mingus's most towering achievements, but is also a testimony to the power of jazz music to find beauty and power in the most dire situations. As a lengthy (and all-too-rare) example of Dolphy's mature genius, as well as a revelatory glimpse into Byard's immense talent, it is essential. These men were giants, and the heights they reached on a spring night in Paris so many years ago are still rarely equaled. Hearing them play now is a pleasure, to be sure; but it is also a privilege.

Note:
Due to problems with the microphone when recording this concert, the sound quality varies, but it in no way does not diminish the power, the beauty and importance of this event.
A masterpiece.