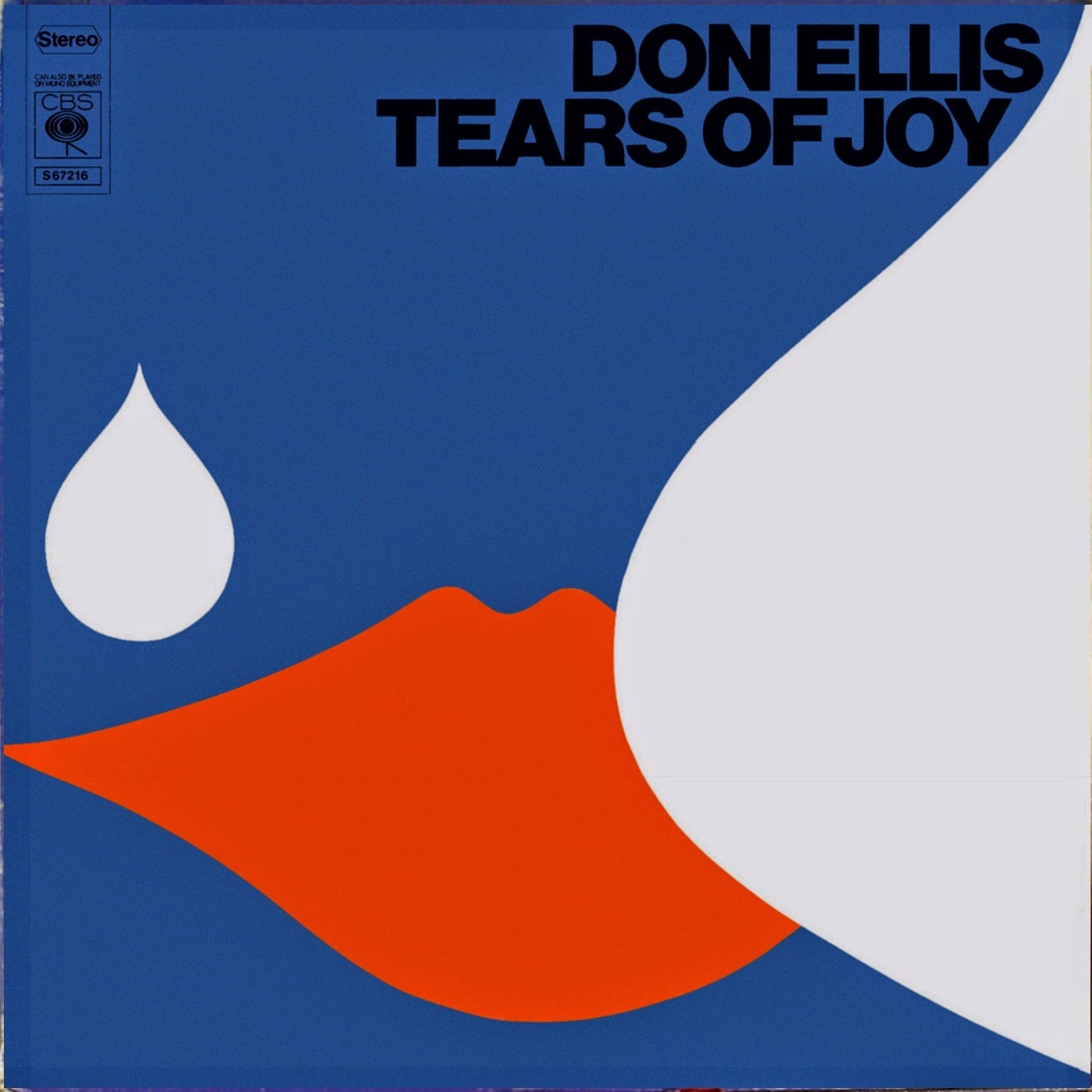 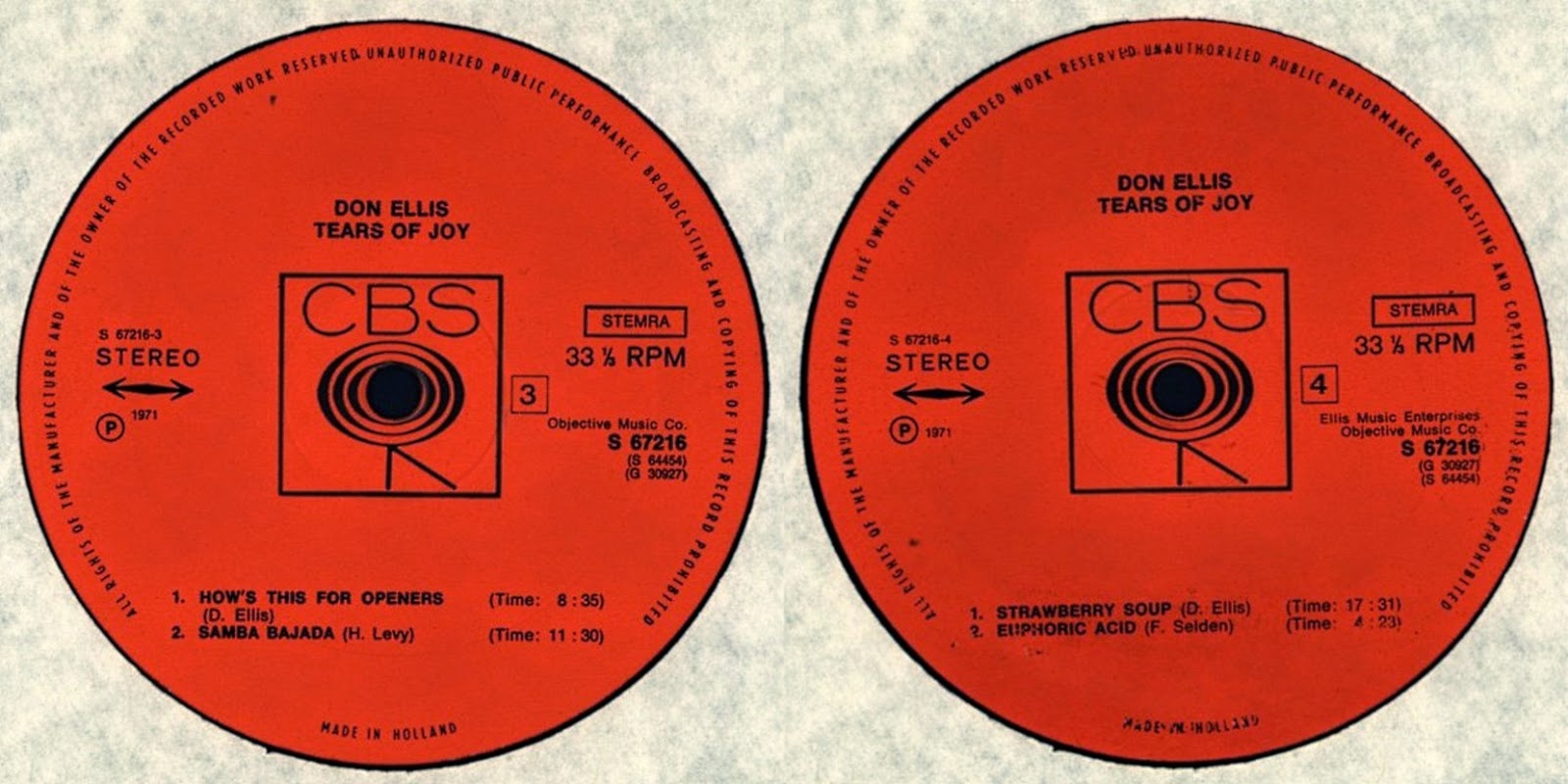 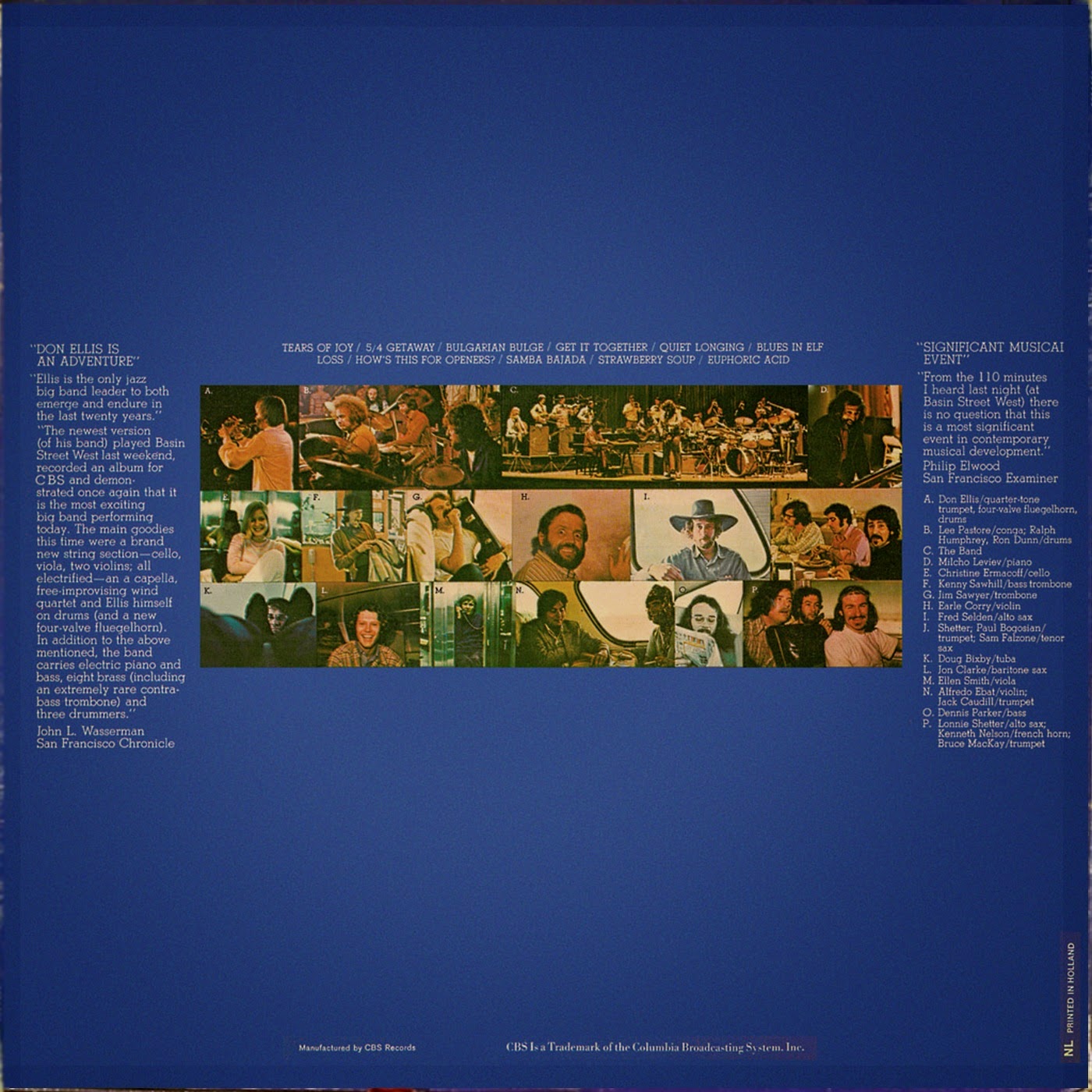 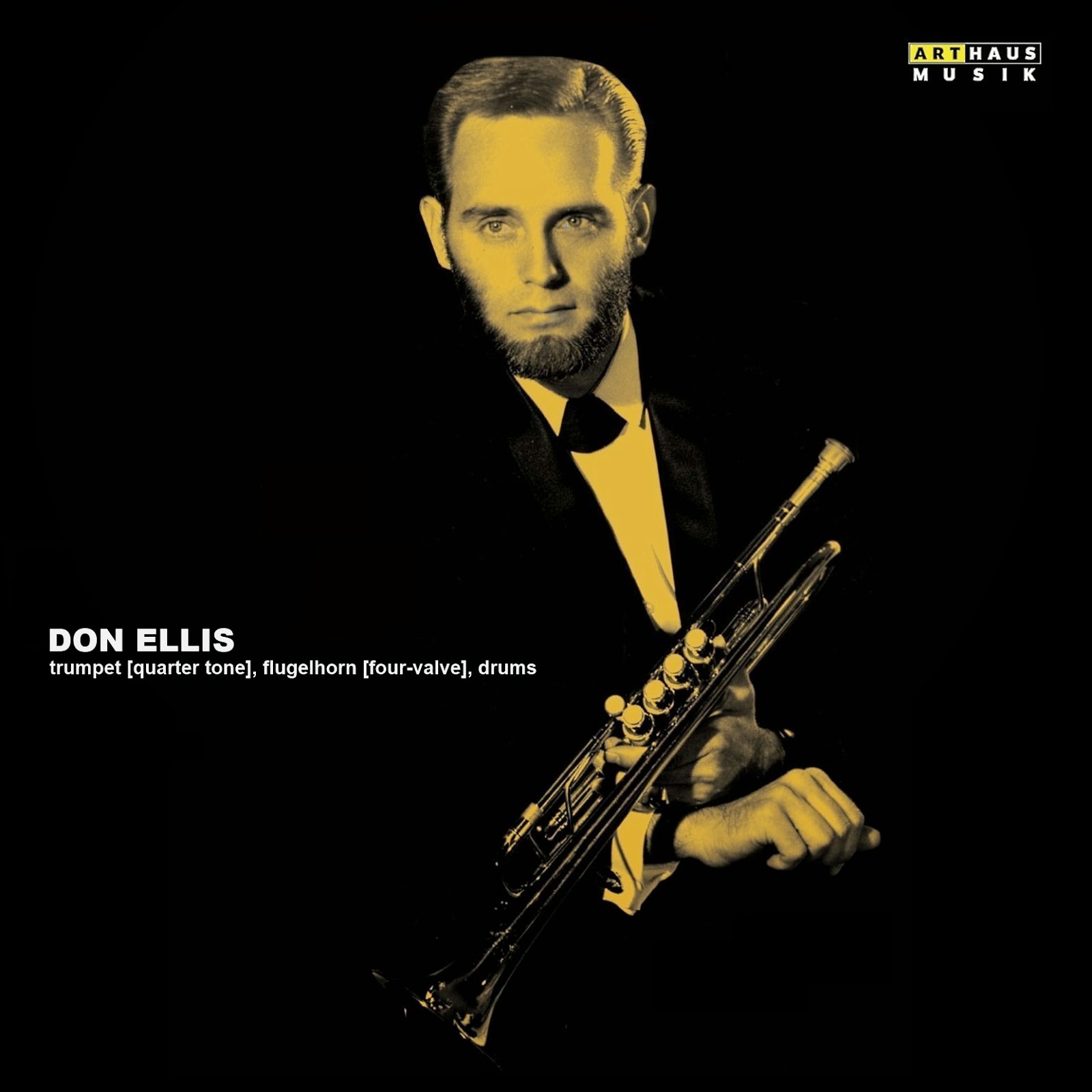 Recorded in 1971, Tears of Joy is a Don Ellis classic. The sheer musical strength of this ensemble is pretty much unparalleled in his career. The trumpeter/leader had backed off -- a bit -- from some of his outlandish and beautifully excessive use of strange and unconventional time signatures, though there is no lack of pioneering experimentalism in tone, color, arrangement, or style. This double LP features a string quartet, a brass octet (four trumpets, tuba, bass trombone, trombone, and French horn), four winds, and a rhythm section boasting two drummers, a percussionist, a bassist, and the Bulgarian jazz piano wizard Milcho Leviev. This is a sprawling album. First vinyl is made up of short- to mid-length pieces, the most notable of which are the intense adrenaline surge of "5/4 Getaway" (with a killer string arrangement by Hank Levy, one of three arrangers on this set) and the blazing Eastern European klezmer meets Bulgarian wedding music meets hard bop blues of "Bulgarian Bulge." Leviev's solo on the latter comes right out of the knotty, full-on bore of the tune's melody (written by Ellis, who scored all but three selections), and cites everyone from Wynton Kelly to Scott Joplin to Mal Waldron. Elsewhere, such as on "Quiet Longing," the strings are utilized as the base and texture of color. One can hear Gil Evans' influence here, and in the restrained tenderness of this short work one can also hear Ellis' profound lyricism in his flügelhorn solo. The second LP's first moment, "How's This for Openers?," is a knotty composition that touches on bolero, Aaron Copland, and operatic overture. Levy's "Samba Bajada" is a swinging opus that uses tropes from early Deodato in his bossa years, Sergio Mendes, and Jobim, and weaves them through with an elegant, punchy sense of hard bop and the American theater. On the 17-plus minute "Strawberry Soup" (with a vocal quartet in the background), Ellis gets to show what his band is capable of in its different formations. Full of both subtle and garish colors, timbral grace and vulgarity, elegant and roughly hewn textures, and a controlled yet wildly divergent set of dynamics, this tune is one of the most adventurous and most brilliantly composed, arranged, and executed works to come out of the modern big band literature. It is virtually a big-band concerto. Ultimately, Tears of Joy stands as a singular achievement in a career full of them by a musical auteur whose creativity seemingly knew few if any bounds.
_ Review by Thom Jurek