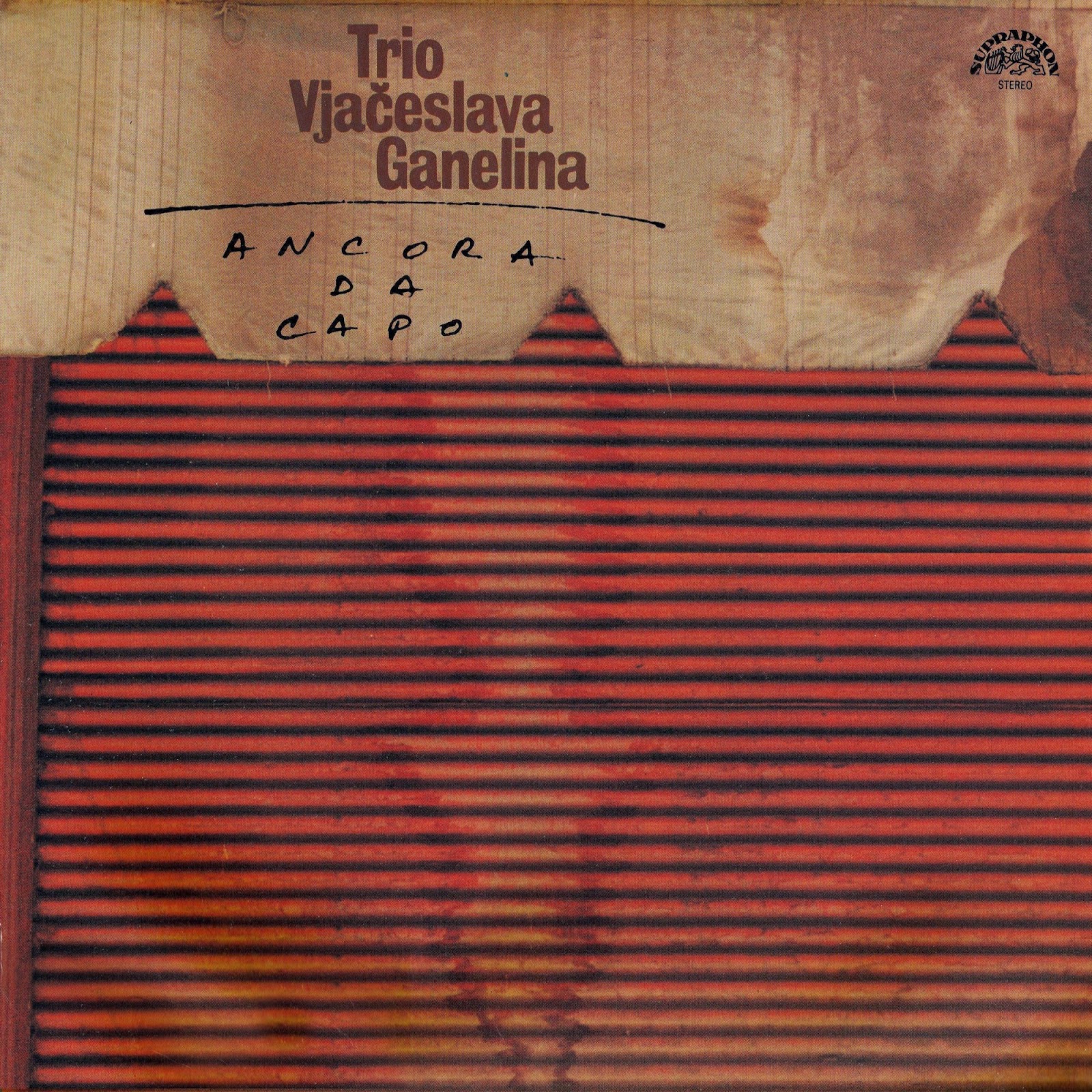 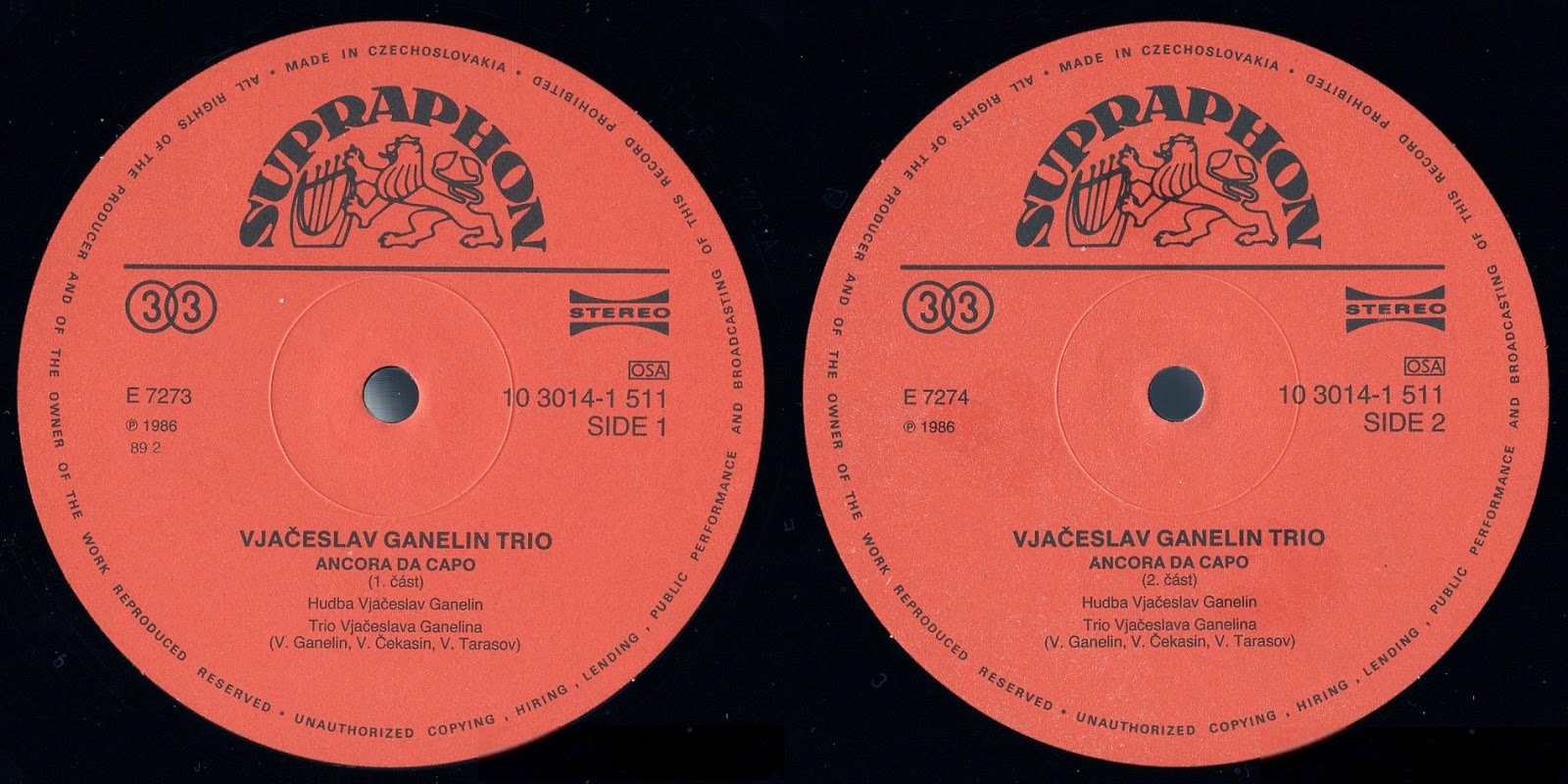 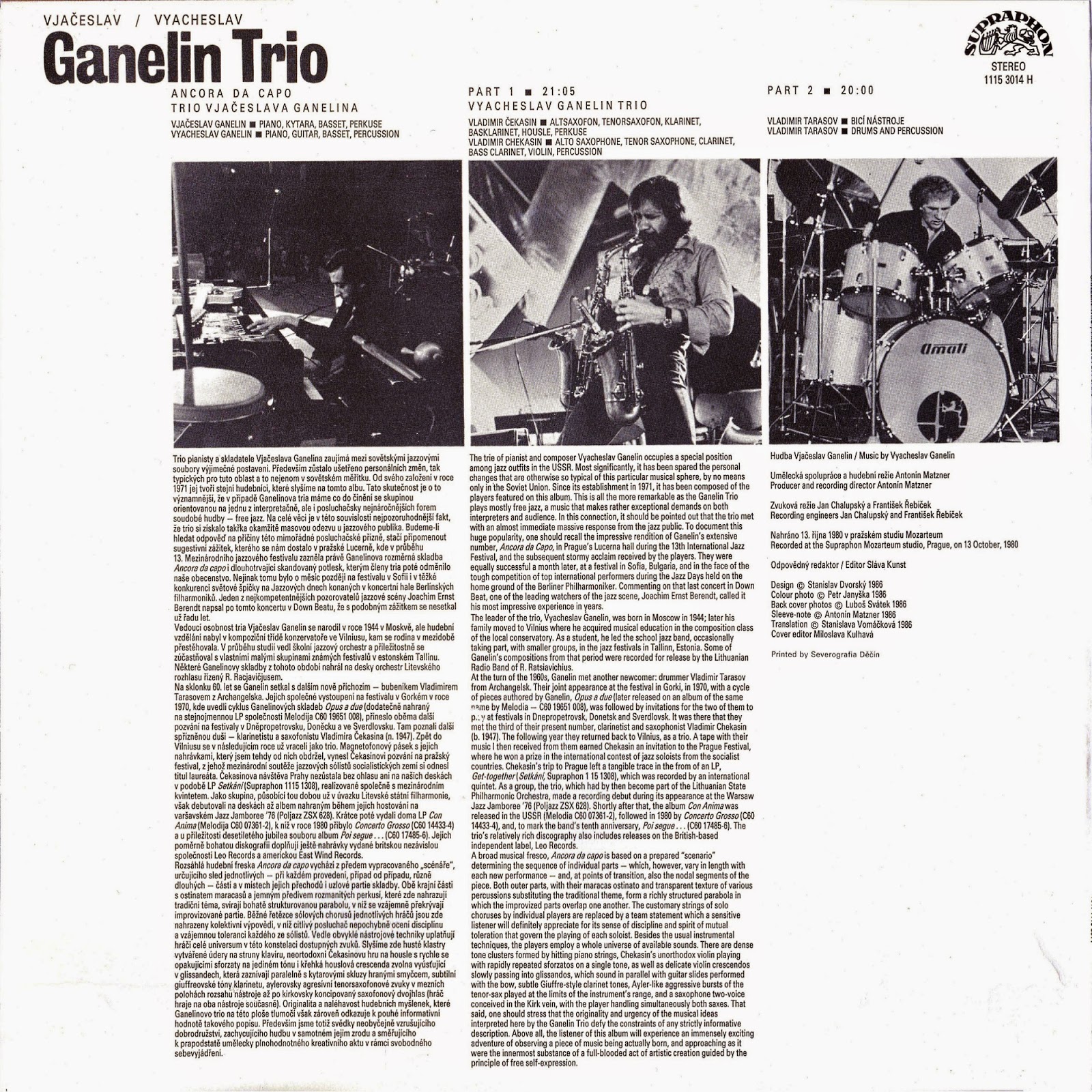 Composed by pianist/leader Vyacheslav Ganelin, Ancora Da Capo is an inspired major work consisting of two parts, recorded at Mozarteum Studio, Prague, on October 13 in 1980 and nearly 40 minutes long. The Ganelin Trio's brand of loosely structured free jazz was something really distinctive, though unfamiliar listeners might use the Art Ensemble of Chicago as a loose comparison since the two groups share several common elements: multi-instrumentalism (the trio's members play 16 instruments among themselves here); liberal uses of space, miscellaneous percussion sounds, and traditional/folk music references; and an anything-goes sense of humor. All of these qualities are evident on Ancora Da Capo. The piece has a few pre-composed themes (which are actually more alluded to than they are clearly stated) and an overarching form that guides the playing along, but the bulk of the music is heavily improvised within this larger framework. "Part 1" begins quietly with several minutes of chimes, shakers, and rattling percussion sounds before Ganelin and Vladimir Chekasin switch to piano and clarinet, respectively, improvising sparsely and patiently around a skeletal theme. Things heat up about halfway through when a new theme enters, as percussionist Vladimir Tarasov slides into a more propulsive free jazz groove and Chekasin's saxophone begins honking and vocalizing. Subsequently, there are more rattling percussion noises, some violin scrapes courtesy of Chekasin, a Ganelin piano solo that veers from fluid bop references to inside-the-instrument plucking, and a raucous finale that finds Chekasin quacking and literally screaming through his horn before he works his way back to the closing melodic theme. "Part 2" incorporates moments of actual toe-tapping, swing-like rhythms, along with primitive synthesizer sounds, more wild soloing from Chekasin (who sometimes blows two horns at once) and Ganelin, and, finally, a folk-like closing theme that brings things to a rousing conclusion. Ancora Da Capo has a rare balance of form and freedom, wildness and restraint that makes it continually surprising (at times even jarringly so) as well as remarkably durable in terms of repeated listening.