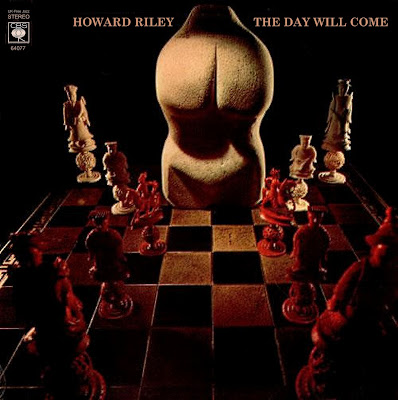 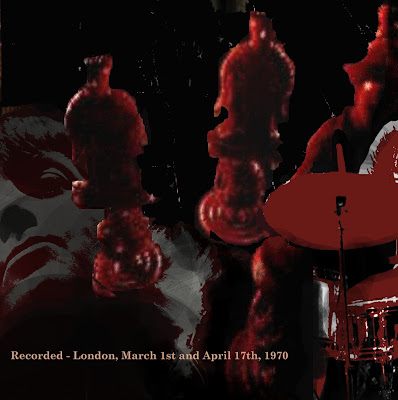 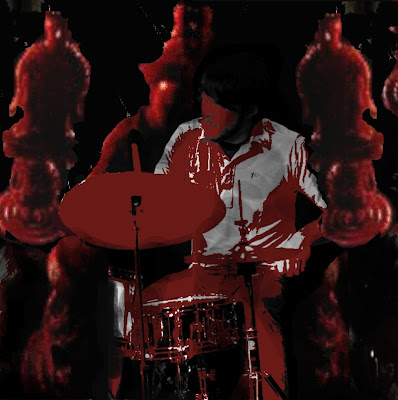 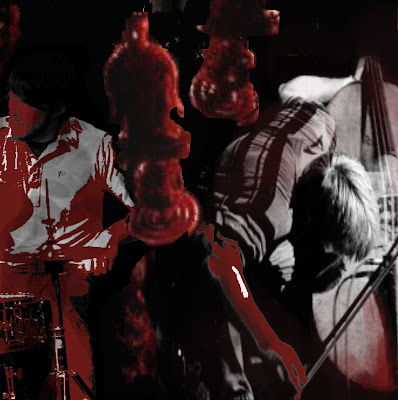 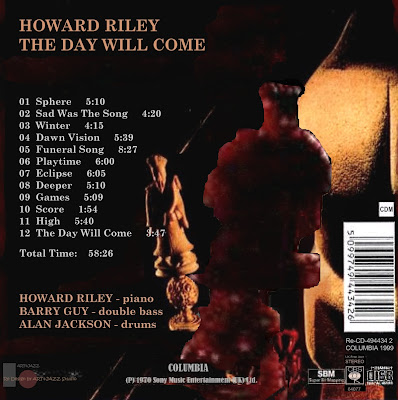 This is one of my favourite jazz records. It straddles a very interesting middle ground between complete abstraction and more traditional forms of jazz improvisation. Great tunes with unique moods. Great interplay ampongst the trio. Fantastic bass playing. The title track is even insanely catchy in an almost pop tune way. If you have any interest in British avant- garde jazz, don ’ t miss this.

Born as John Howard Riley, 16 February 1943, Huddersfield, Yorkshire, England. Riley began playing piano at the age of six, although it was another 10 years before he began to play jazz. At university he studied under Bernard Rands at Bangor, North Wales (1961-66) gaining BA and MA degrees, then with David Baker at Indiana, adding M.Mus to his name in 1967. From 1967-70 he studied for his PhD at York University under Wilfred Mellers, who wrote a piece (Yeibichai) for symphony orchestra, scat singer and jazz trio that was performed by the BBC Symphony Orchestra, Frank Holder and Riley ’ s trio at the 1969 Proms. Riley had led a trio at Bangor, and later joined Evan Parker ’ s quartet. On his return from Indiana he formed a trio with Barry Guy (and sometimes Ron Rubin) and Jon Hiseman (also Tony Oxley and, later, Alan Jackson) and began writing for bands including the Spontaneous Music Ensemble and the Don Rendell – Ian Carr Quintet. At this time he also began to have his chamber and orchestral pieces performed in concert, and was a founder member of the Musicians ’ Co- Operative. He has composed for Barry Guy ’ s London Jazz Composers ’ Orchestra and the New Jazz Orchestra and played with Keith Tippett, John McLaughlin (who had also occasionally sat in with the late 60s trio), Jaki Byard, Elton Dean, the LJCO (being the featured soloist on their Double Trouble), Barbara Thompson, Oxley and many others. He has also taught at the Guildhall and Goldsmith ’ s schools of music in London and at the Center Of The Creative And Performing Arts in Buffalo. In the late 80s he began to release both old and new recordings on his own cassette label, Falcon Tapes. In 1990, he and Dean co-led a quartet of improvisers on a set of jazz standards, All The Tradition.

An occupational hazard of jazz musicians is prolixity, the urge to play on and on even when inspiration begins drying up. Performers with a hard grounding in classical disciplines— especially compositional disciplines—tend to avoid this, which may be why the music on this LP is so splendidly concise and pithy. For both Howard Riley and his bass player, Barry Guy, are practising ‘ straight ’ composers as well as jazz musicians. This shows in their work, not in the sense of classical devices being grafted on uneasily, but in the way they think about their music. Eclipse, mixing common and triple time, provides an easily grasped example, especially Riley ’ s piano solo, which instead of improvising on the chords or shape of the theme sets about developing certain elements of it. All the compositions are by either Howard Riley or Barry Guy, and each has a genuine identity of its own. One of the best is Winter, in nicely contrasting 9/4 and 8/4, its open intervals suggesting the chilliness of the title, although Riley did not set out with any intention of being programmatic. Sad Was The Song, slow and elegant, is a duet for bass and piano; Sphere and Score are brisk, brief and stick to the point; High, mostly in drawn-out 10/4, has an attractive interior buoyancy; Funeral Song involves sounds as such, with bass strings scraped, piano wires plucked and drum skins rubbed instead of struck, yet has a ripe, much more romantic middle section; Games is eruptive, Dawn Vision fairly loose, the solos stretching out for once, while The Day Will Come has a gospel feel, popinfluenced drumming and—as Riley ’ s sleevenote takes care to point out—a faintly ironic stance. Barry Guy ’ s bass playing is superb throughout the LP but at its most brilliant, perhaps, in Playtime, a real tour-de-force. This is, in fact, an outstandingly good record, and as well as composing and playing by Riley and Guy there is exceptionally intelligent and sensitive drumming from Alan Jackson. Fanciers of the older-established sorts of piano-bass- drums trios may find the music a bit cryptic to start with but familiarity should breed enjoyment.