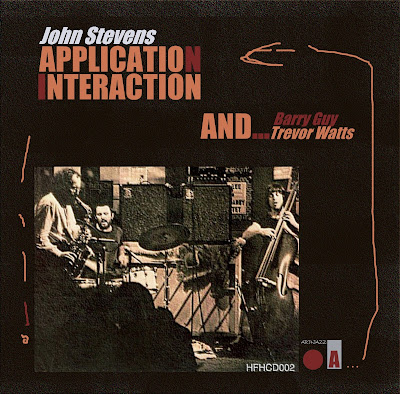 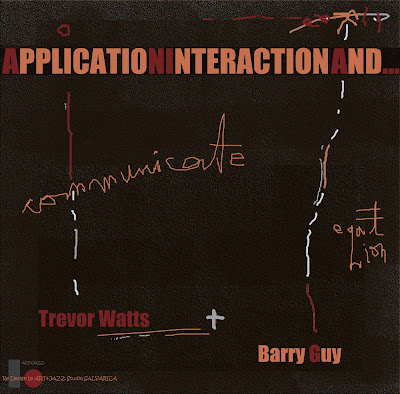 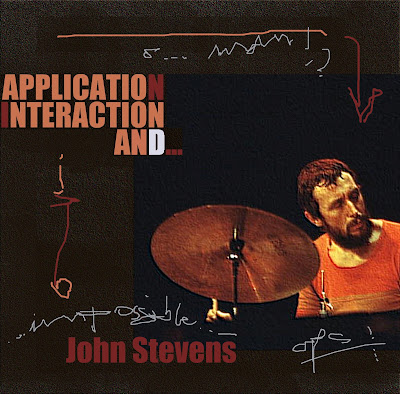 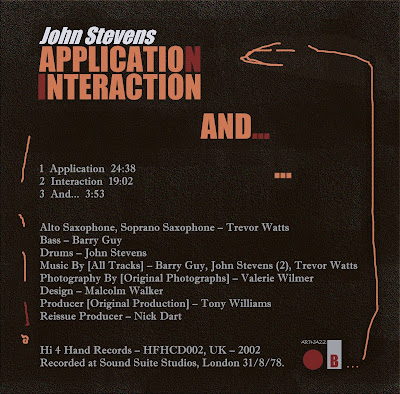 The trio of drummer John Stevens, bassist Barry Guy and saxophonist Trevor Watts was one of Stevens ’ s hottest small groups and the two records they cut for Spotlite in the late 70s are Atlantic straddling classics that reconcile the emotive supernatural force of the late Albert Ayler with the exacting microdetail of the post SME set. Application Interaction And… was the second of these discs, the first, No Fear, having already been made available on CD by Hi 4 Head. At points the fidelity is pretty murky, with Stevens sounding like he ’ s playing his kit with boxing gloves and Guy ’ s bass almost overloading the speakers but all of that bottom end works as a delicious contrast to the upper register blasts that Watts peels from the ceiling. Guy is on inspired form and Watts ’ evocative, bluesy cries bring out the Charlie Haden in him, dropping yo-yoing notes right into the bell of Watts ’ s horn and plunging across register. The arco passage that caps the first piece sounds like more like a tiny rainbow of electronics than mere hairs on wire and Watts falls into step with a slow marching motif that feels more channelled than improvised. Stevens is better served by the second track, where his subtle time inversions and emphatic punctuation throw up countless phantom goalposts for Guy and Watts to make for. An excellent restoration of a great set.