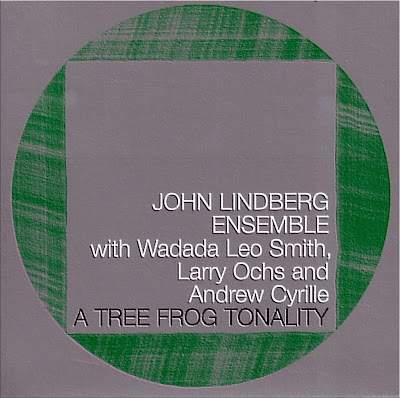 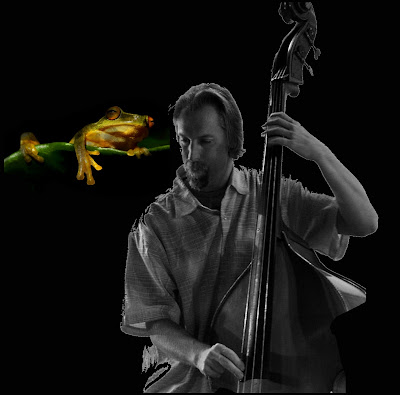 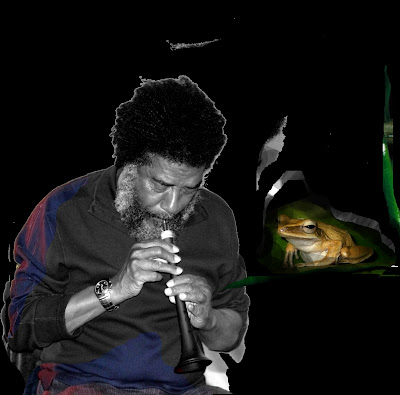 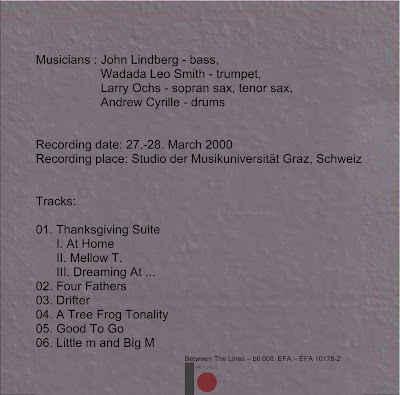 With A Tree Frog Tonality, it becomes easily discernible that we are listening to a union of seasoned modern jazz experts who demonstrate their respective crafts with cunning artistry and inspiring resolve. Bassist John Lindberg is arguably one of the finest acoustic bassists on this modern jazz globe as his credits and resume reads like an unending shopping list. On this new release, Lindberg performs with his peers under the moniker of the “ John Lindberg Ensemble ” for a radiant set emanating from studio sessions recorded in March 2000 during a European tour.

The proceedings commence with the three-part “ Thanksgiving Suite ” , where Lindberg and Larry Ochs, here performing on sopranino sax, pursue dainty choruses atop staid undercurrents, whereas the duo also initiates a bit of melodrama in concert with invigorating spurts of emotion. Essentially the “ Thanksgiving Suite ” is a strong vehicle for the proverbial, let ’ s-introduce-the-band sequence yet it is quite evident that this strategy is not implemented or perhaps implied as a means for parody or traditionalism. Drummer Andrew Cyrille and Lindberg set poetry in motion on Part II – Mellow T, while Part III – Dreaming At, establishes the presence of trumpeter Wadada Leo Smith as the quartet launches into a lightly swinging yet circuitous path on the piece titled, Four Fathers. Here, Lindberg steers the flow with pronounced ostinatos and springy walking bass lines as Cyrille demonstrates his mastery of understatement by providing the rhythmic nuance with such control and precision, you ’ d think he was tapping his sticks on eggshells.

The band intimates a cool, sleek vibe with a hybrid Bop/Swing motif on Good To Go, as the musicians emit an air of suspense or bewilderment due to their shrewd implementation of multihued tonalities to coincide with a fruitful harmonic relationship.

Ultimately, The “ John Lindberg Ensemble ” provides the necessary ingredients for a mantra that befits many years of combined professionalism, savvy and superb musicianship yet it ’ s all about distinctive stylists converging for an ingenious meeting of the musical minds. Highly recommended!

Link in Comments!
Posted by Vitko at 7:20 PM