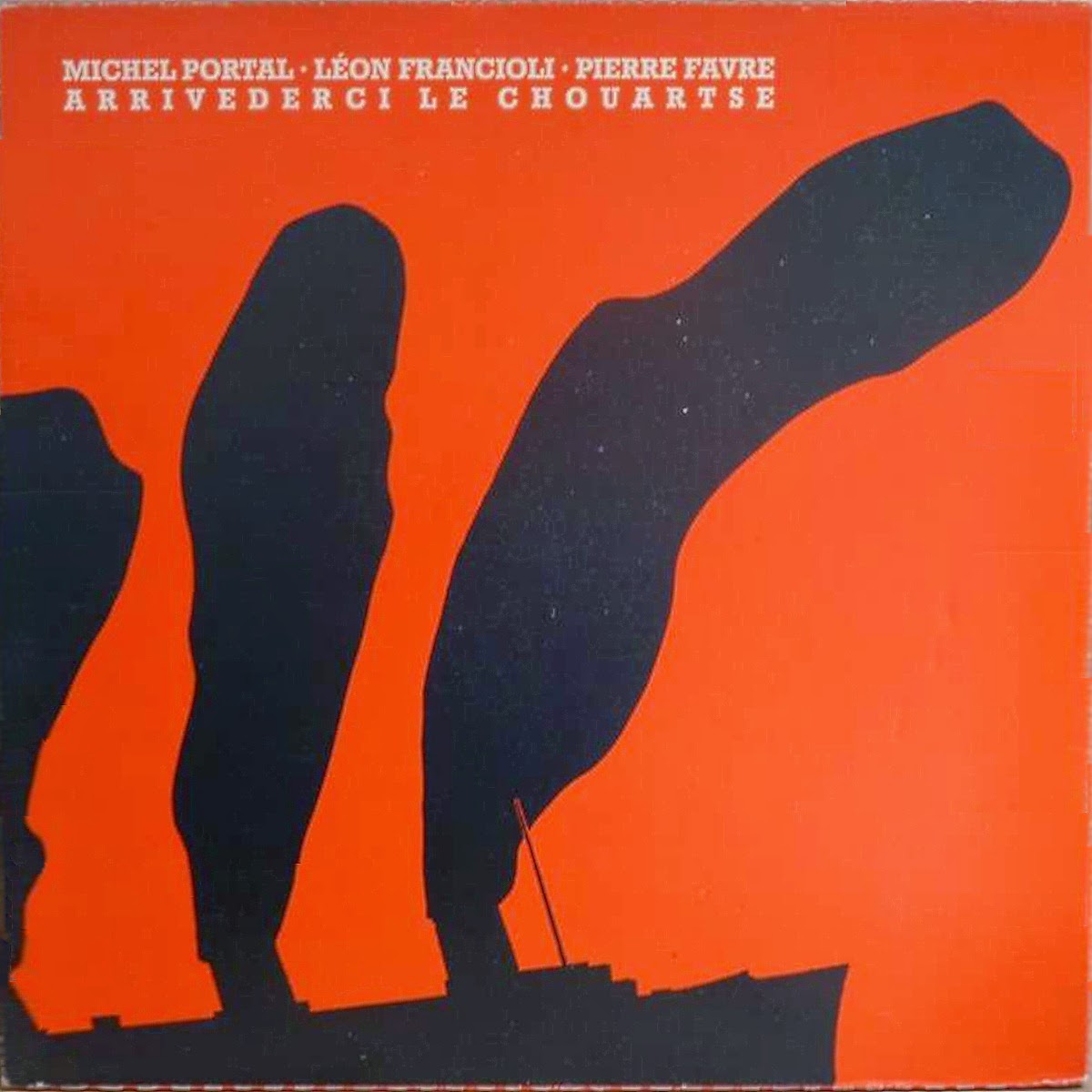 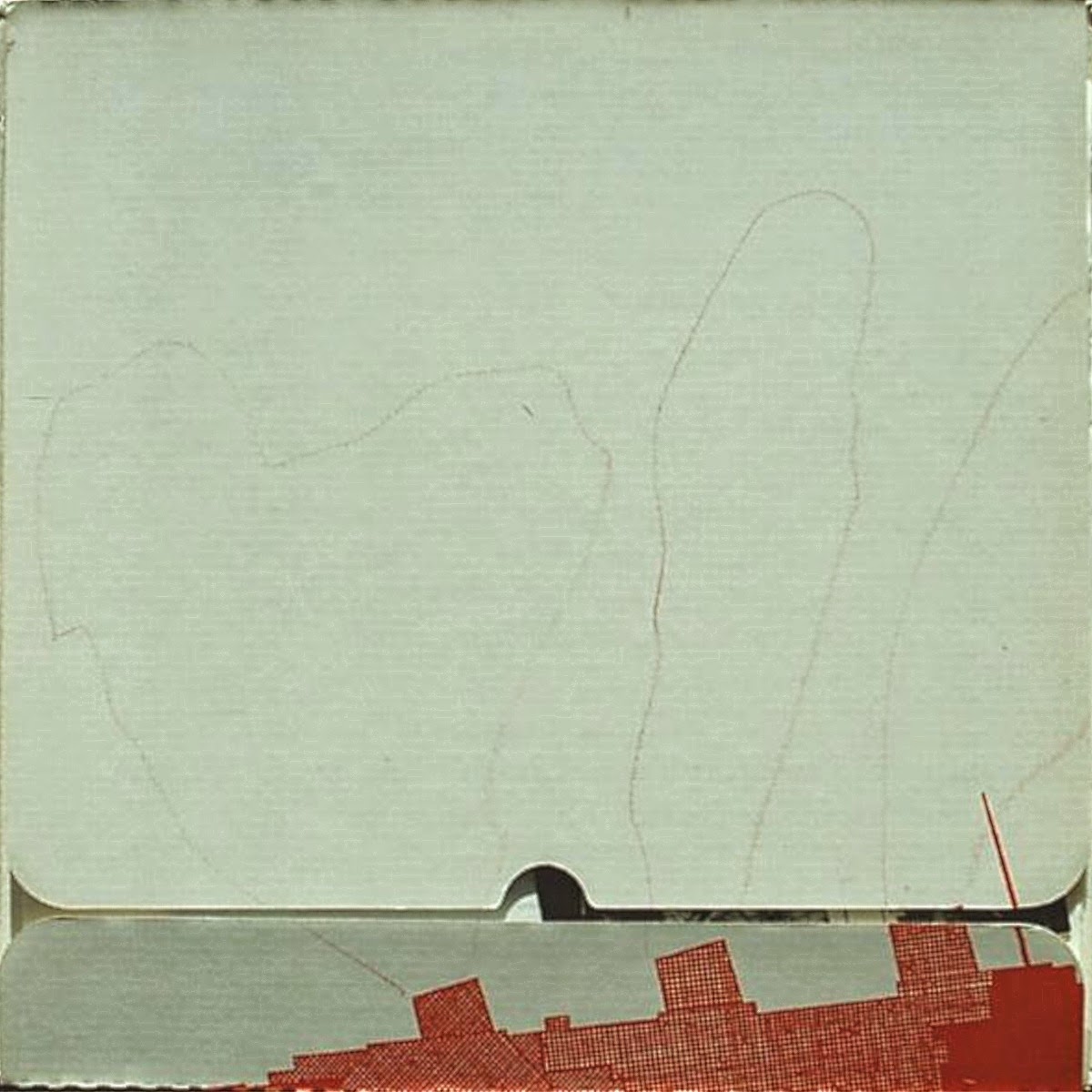 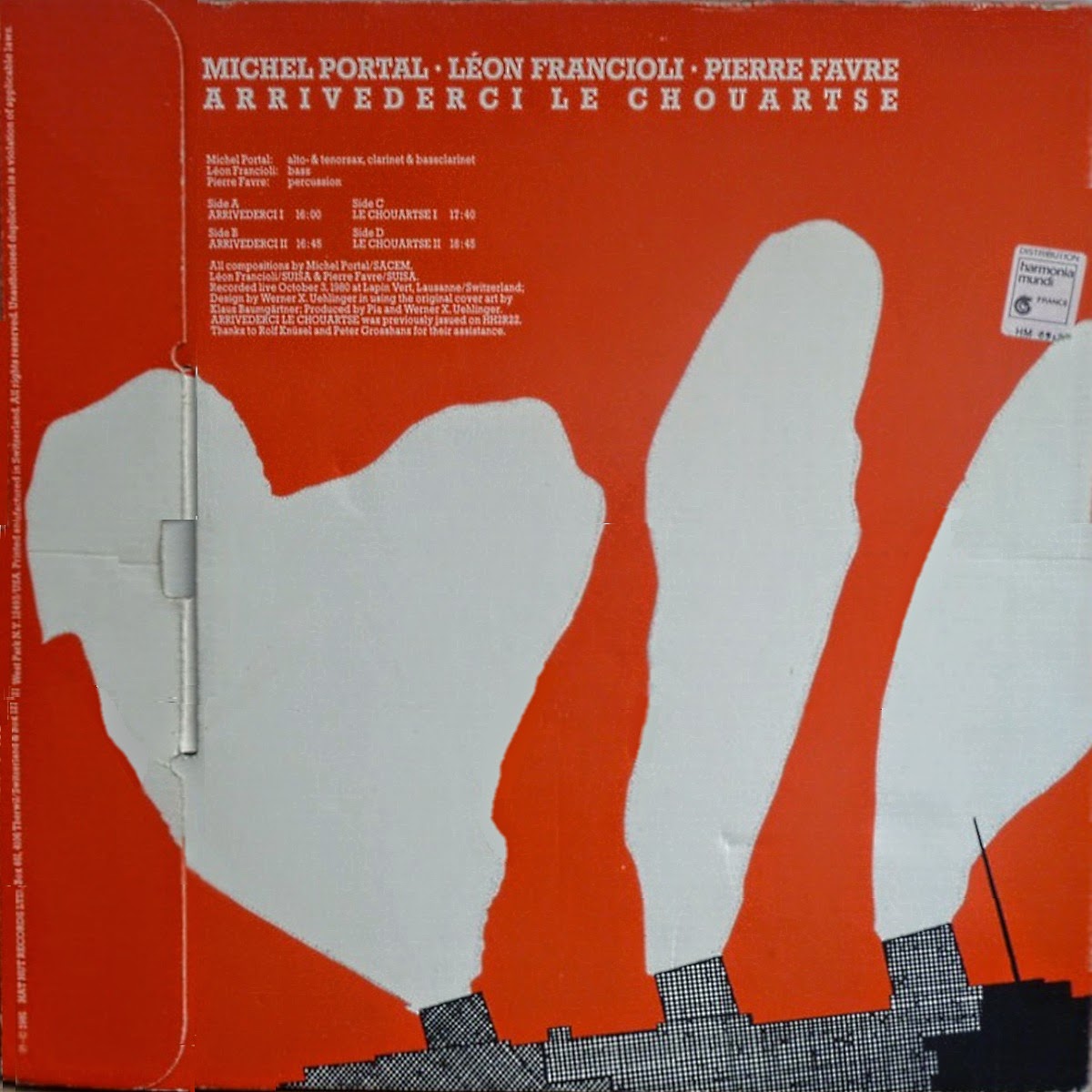 On that particular day, for just a moment - the right moment - Léon Francioli, Pierre Favre and Michel Portal possessed eternal youth - "Youth is when one doesn't know what’s going to happen next" (Henri Michaux). 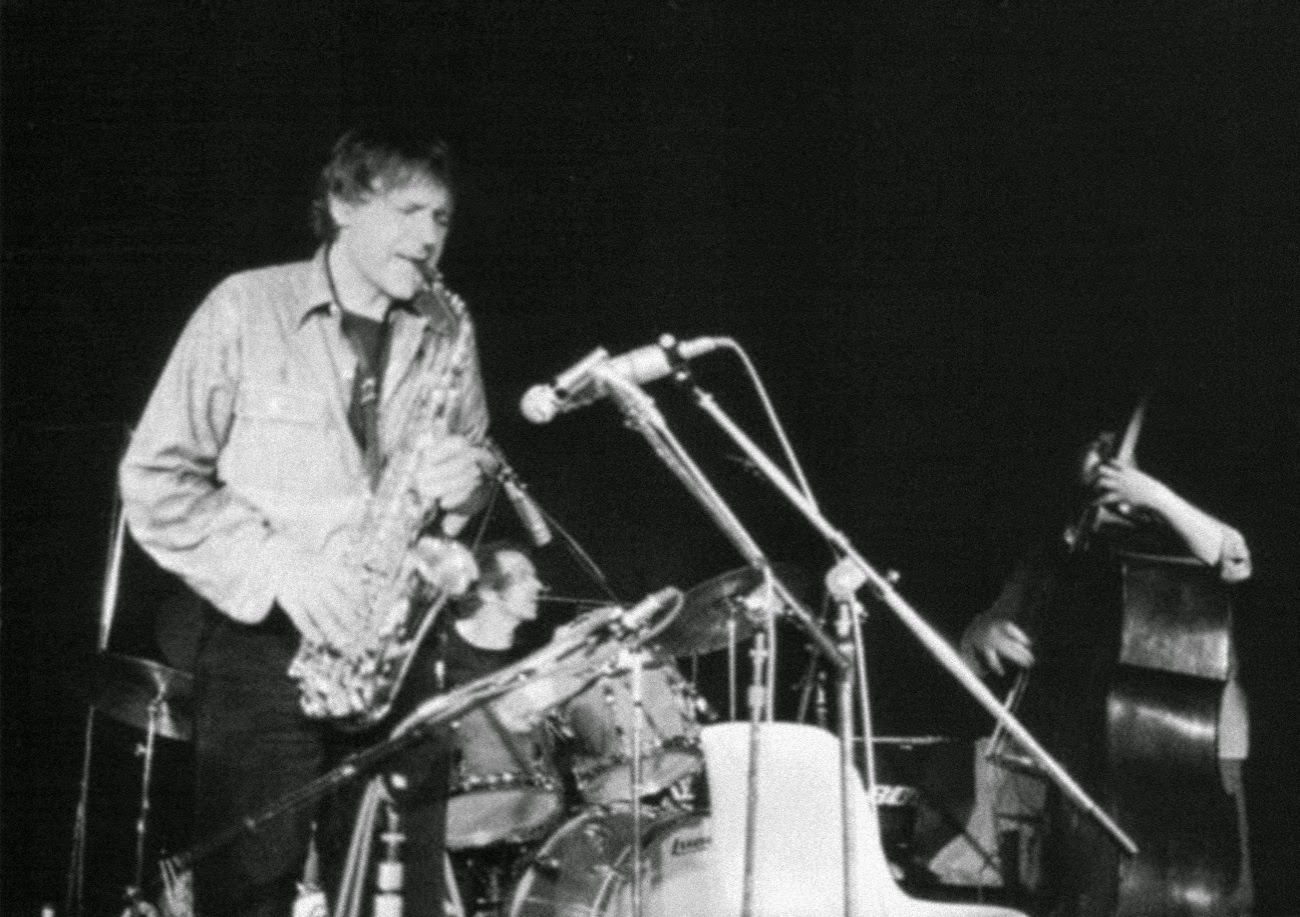 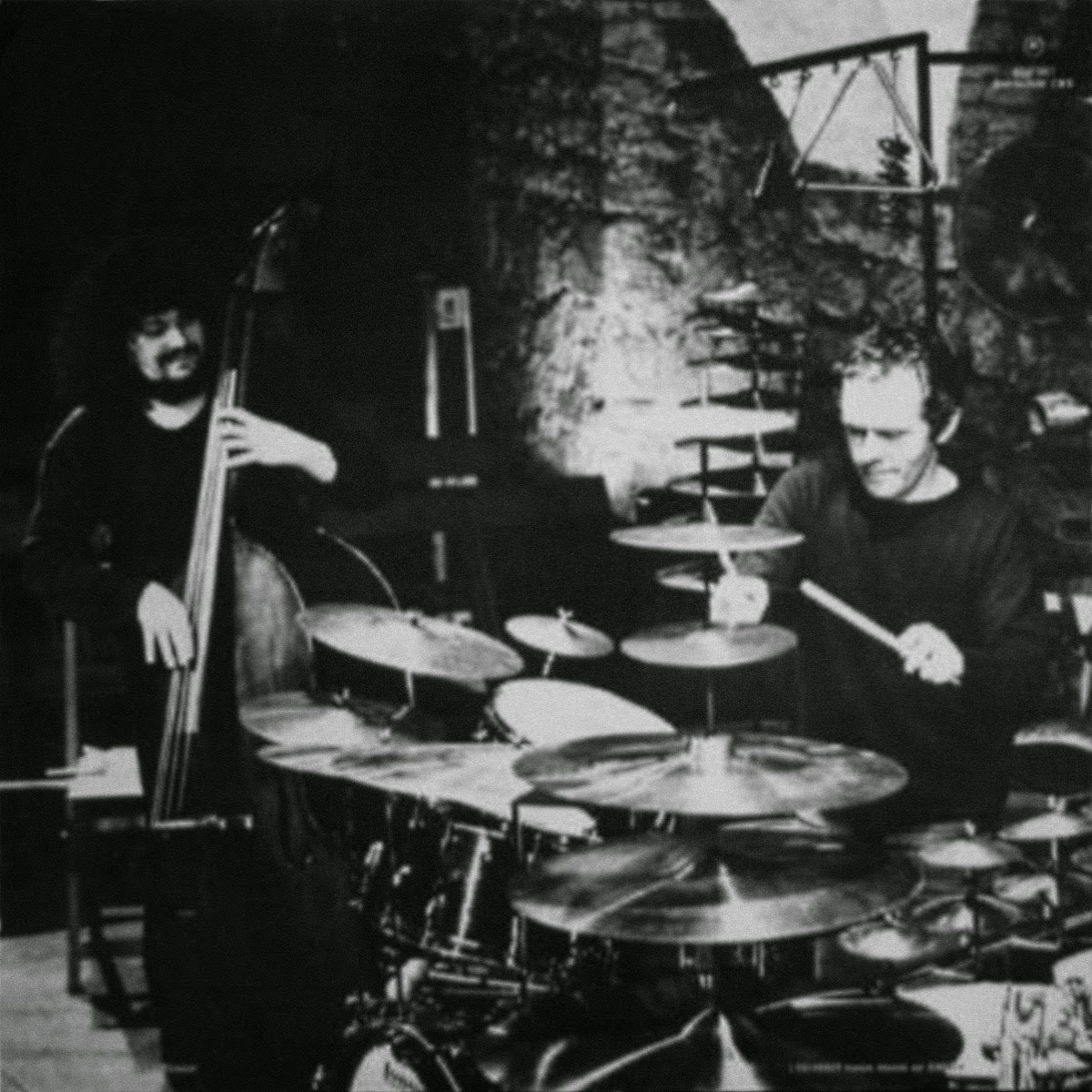 This live date is a reunion of the reed and drum duo of Michael Portal and Pierre Favre that so freaked out French audiences in 1972 there was a televised debate about live improvised music. However, this time there is the addition of the formidable bass talent of Leon Francioli, a player of such distinction and diversity he is equally at home playing the music of Thelonious Monk or Hans Werner Herze. Playing in front of an audience for the first time -- there had been only two rehearsals -- Portal and Favre hadn't played together in years either; in Switzerland of all places, that feeling was obviously in the air because it can be heard here, that something unexpected was about to happen. It starts like an out improv date with "Arrivederci" with odd whispered rhythms played against an improvised bowed bass slipping along, trying to find a place to begin. The bow saws slowly and quickly from register to register, finding the trace of some ancient melody to bring in before tripping on as Favre kicks up the heat just a notch. Nothing else much happens except the tension of the ambience until about three minutes in when Francioli tags tough with a bit of "O Tannenbaum." Bass and drums continue to toy with one another, turning up the tension level until five minutes in, the atmosphere tight as a wire, Portal enters with an elegantly bluesy "Take the A-Train," improvising alone off the beauty of this cadence. When the band moves in to take him up on it, they slip through post-bop and modal territory like well-rehearsed schoolboys at exam time, all the while looking for the proper syntax to being the exploration. With Portal blowing the blues the way he is, there is little else to do except mine the emotion he lays out. Finally, there are a series of long singe notes, and the improvisation commences in earnest. Rhythm, melody, and harmony -- in almost the same manner as Bill Evans, Paul Motian, and Scott La Faro used them -- become a challenge. They are not to be undone so much as unwound, granting room for dissonance and subtle, yet fickle tonal sonances that normally find their way into only most extreme blowing sessions. Here, all three players share the rhythmic concern, grooving together in this unwinding musical sprawl where overtone and interval questions encounter melodic ones in the process of swinging through in mode and rhythmic meter. It's amazing, really. Semi-quavers appear every third or fourth interval, and the mode changes, as does the harmony. It's all jazz, but it's all improvisation. The swing is definitely the thing as bits of everyone from Ornette Coleman to Dave Brubeck find their way into the floating, slinky twists and turns this trio takes each other through on their way to someplace nobody's been yet. For 32 minutes, "Arrivederci" rolls on, with Francioli playing some deeply funky Horace Silver lines on the bass. The next two works are actually an improvisatory suite, "Le Chouartse," of about 35 minutes in length. Portal gets out the clarinets and puts them to work with the saxophones in a rhythmic counterpart to Favre. There is polyrhythmic in his embouchure before any melodic or harmonic idiom is established. The evidence for the confusion is the lack of Francioli's presence until about three minutes into the track when he realizes the rhythmic line Portal is playing is the melody. Once he's in, and Favre is using his hands all over his muted toms toms, the fun begins. This suite is a trip down the rabbit hole but without Alice and in the dark. It steams, and whispers, shouts, screams and coos with six sets of rhythms all playing against each other at once, Portal accomplishing his with microphonics à la Pharoah Sanders -- but on bass clarinet. There are long periods of near silent communication happening during this work, but when the dynamic changes, so does everything else, the notion of jazz tradition -- i.e., melody, rhythm, and harmony -- has been reinvented, extended to include dissonant harmony and fragmented modal ideas in its rhythmic concepts, thus, opening up an entirely new space for the definition of melody as an extension of rhythm which is the next extension of harmony. A truly remarkable session, one that should be far better known than it is.
_ Review by Thom Jurek