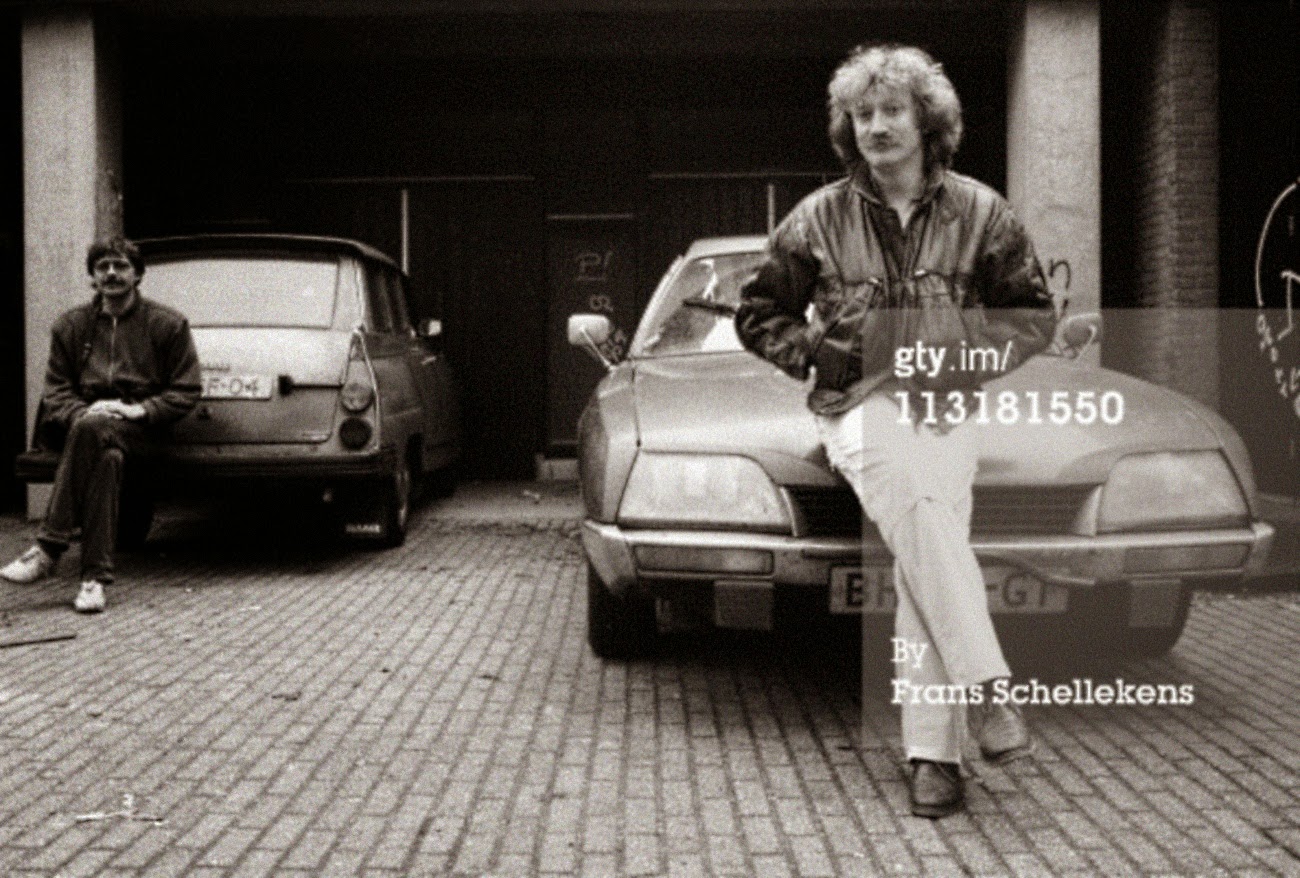 ASSOCIATION PC was formed in 1969 by Dutch drummer Pierre Courbois and was originally known as simply ASSOCIATION. Just look at the album cover provided here and you'll see that that was the case with this the debut album released in 1970, while Pierre Courbois' name is in smaller print on the lower left side of the album cover. The band was a multi-national group with Germans and Dutch making up the lineups over the years. This is an all-instrumental affair with the music being in the Jazz/Rock and Free Jazz sub-genres. Some of you may have heard of the guitarist named Toto Blanke who puts on a show in his unique style but then I have to say that each member blows me away with their performances on here.

"Spider" is up first and it's an energetic, uptempo track with intricate guitar sounds and lots of cymbals, bass and keyboards. We get a brief drum solo(hey it's his band and there will be more solos to come) after 2 minutes then the keyboards lead the way a minute later but not for long. A complex opening number. "Hit The P. Tit" is the longest song at 11 minutes. The guitar sounds different here as he rips it up while we get some jazzy drum patterns and bass to fill out the sound. The guitar is almost experimental sounding here. The sparse electric piano reminds me of early seventies Miles Davis. Some insanity follows that makes me believe these guys were influenced by Free Jazz. We get a calm and the bass solos after 4 minutes and this continues until around 5 1/2 minutes in. A full sound returns after 6 minutes sounding much less experimental than before and quite jazzy. Another calm arrives as we get an interesting drum solo then back to the full sound before 9 1/2 minutes. Some fuzz here as well.

"Elsen" is one I really like. Just a feel good, melodic beauty but it's so short at just over 1 1/2 minutes. "Earwax" is a top three song for me and what a pleasure to focus on the instrumental work of all these guys. So intricate and sophisticated. A drum solo before 6 minutes that lasts just under a minute. "Round A'bout Nine" and the next and final track fill out my top three songs. This one starts with a bass solo and it continues for some time. Some drum work then the guitar joins in around 4 minutes along with more of that early seventies Miles Davis sounding electric piano. So good. "Jazzper" is another beauty as keys, bass, drums and guitar impress with their intricate and melodic sounds. The title of this song is a play on words i'm sure on the keyboardists first name(Jasper).