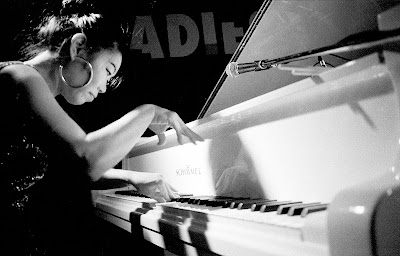 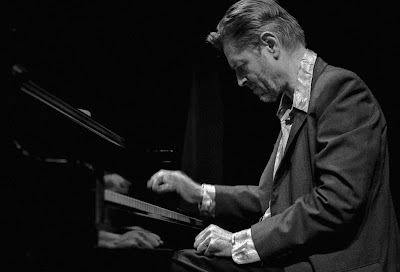 Unlike pianist Alexander von Schlippenbach's earlier large aggregation, the free music pioneering Globe Unity Orchestra, the Berlin Contemporary Jazz Orchestra was conceived as a composer's forum as much as an improviser's. In addition to Schlippenbach's own provocative scores, the 10-year-old BCJO has commissioned works from Carla Bley, Kenny Wheeler, and others. The BJCO initially intended to use Berlin musicians exclusively, but has become an international unit, which now includes a sizable Japanese contingent including pianist and co-conductor Aki Takase, and such renowned English improvisers as saxophonist Evan Parker, trumpeter Henry Lowthar, and trombonist Paul Rutherford. Live in Japan '96 provides a fine one-disc synopsis of its evolution.

The program is evenly split between compositions by Schlippenbach and Takase and repertory items, including a Takase-arranged medley of Eric Dolphy compositions ("The Prophet," "Serene," and "Hat and Beard"); Schlippenbach's extrapolation of W.C.. Handy's "Way Down South Where The Blues Began;" and Willem Breuker's semi-sweet take on the Gordon Jenkins chestnut, "Goodbye." Yet, some of the most freely improvised passages of the program occur in the Dolphy suite (Rutherford's duet with drummer Paul Lovens harkens back to their '70s collaborations, while Parker's unaccompanied soprano solo is a testament to the ongoing vitality of his 30-year exploration of multiphonic textures).

Especially in the case of the pungent improvised ensemble embellishments in the Handy piece, free improvisations are well-integrated into the structure of the works.

Schlippenbach and Takase's compositions also encompass a wide spectrum of approaches. A reprise of Schlippenbach's skull-rattling "The Morlocks" is a reminder of the pianist's contributions to the machine gun aesthetic of the German avant-garde in the '60s. His "Jackhammer," however, is the program's best vehicle for racing, hard-edged, bop-inflected blowing, particularly by altoist Eichi Hayashi and the vastly underrated tenor, Gerd Dudek. Takase's "Shijo No Ai" intriguingly brackets a bracing collective improvisation with an almost florid, Evans-tinged chart. Schlippenbach and Takase are a formidable composer/arranger/pianist/conductor tag-team; the Berlin Contemporary Jazz Orchestra is an excellent vehicle for their uncompromising work.