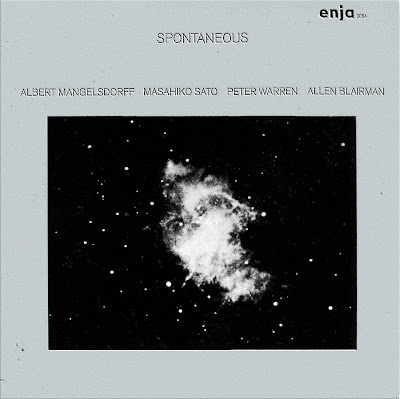 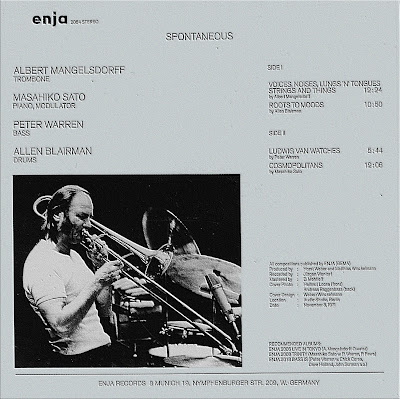 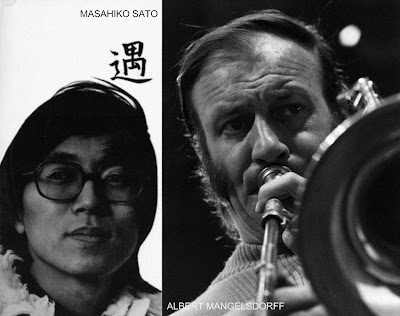 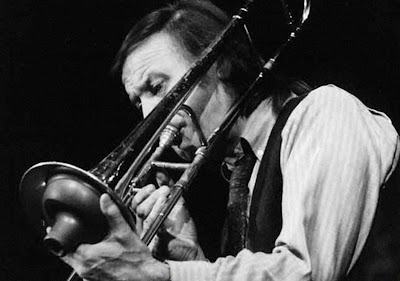 I proudly present a marvelous LP of jazz improvisation at its best from four superb, if too little-known musicians: Spontaneous , a German import released in 1972 by the Enja label, now out of print in all formats. This amazing music is the collective accomplishment of Albert Mangelsdorff (trombone), Masahiko Sato (piano, modulator), Peter Warren (bass) and Allen Blairman (drums). There are four pieces on the album (each credited to one of the four players), but the "compositions" are essentially frameworks for the musicians to explore, to find new and unexpected ideas and directions as they go. In the act of discarding structure for complete musical freedom, the players often achieve explosive and intoxicating results. The recording quality is superb, lending the music a strong "you are there" ambience. Everyone interested in envelope-pushing sounds should own at least a few recordings of free improvisation, and Spontaneous is a stellar example of the genre.

At a gift you get the fifth track from the Japanese CD (2007), Almapela , which was recorded at Audio-Studio, Berlin about the same time as the album, but for some reason did not released.
Enjoy !