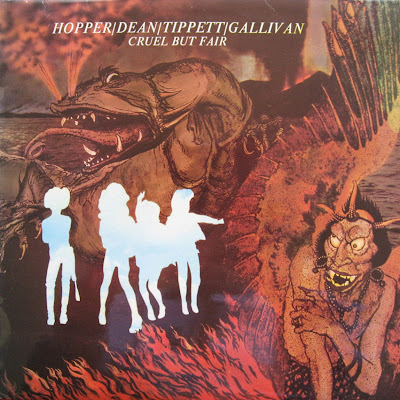 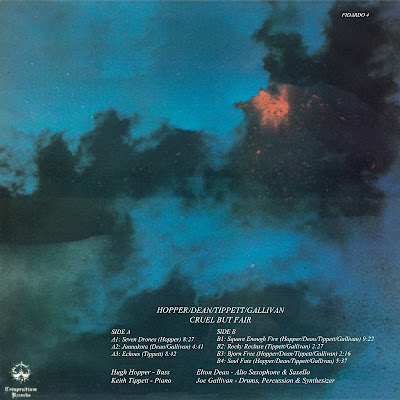 Hugh Hopper, who died of Leukaemia in 2009, started his musical career in 1963 as the bass player with the Daevid Allen Trio alongside drummer Robert Wyatt. There can be few other free jazz bands of the era with such a stellar line-up. Unlike other legendary ensembles such as The Crucial Three (a Liverpool band from 1977 which featured three musicians who were to go on to enormous success) the Daevid Allen Trio actually played gigs and made recordings. All three members ended up in Soft Machine, which together with Pink Floyd was the ‘ house band ’ of the burgeoning ‘ Underground ’ movement which tried so hard to turn British cultural mores upside down for a few years in the latter half of the 1960s. (Hopper and Wyatt had also been in another legendary Canterbury band called The Wilde Flowers). Hopper stayed with Soft Machine (for whom he was initially the group ’ s road manager) until 1973 playing at least one session with Syd Barrett along the way. During his tenure the band developed from a psychedelic pop group to an instrumental jazz rock fusion band, all the time driven by the lyrical bass playing of Hugh Hopper. After leaving the band he worked with many pillars of the jazz rock fusion scene such as: Isotope, Gilgamesh, Stomu Yamashta and Carla Bley. He also formed some co-operative bands with Elton Dean who had also been in Soft Machine. Previously Dean had been in a band called Bluesology, whose keyboard player Reginald Dwight had come to the conclusion that his was not a name that had much commercial potential, so he pinched Dean’s Christian name and as a surname chose part of the name of Bluesology’s lead singer, Long John Baldry.

HOPPER/DEAN/TIPPETT/GALLIVAN was an experimental jazz outfit formed in 1976 by former Hopper and Dean, teaming up with the renowned jazz pianist and composer Keith Tippett and the remarkable avant garde drummer/synth player Joe Gallivan. In 1977 the quartet released their album "Cruel but Fair", which Wally Stoup describes as: “ …a wide- ranging programme of bristling, exploratory jazz and innovative electronic music. Gallivan plays synthesiser in addition to his propulsive, pulse-oriented drums, and on several cuts ("Jannakota" and "Rocky Recluse"), the music drifts into beguiling electronic soundscapes. These serve as interludes for the more energetic and fiery pieces featuring Dean's singular sax and Tippett's dense, multi-layered piano. Dean's distinctive alto and the seldom-played saxello both project a plaintive, vocalised sound, equally adaptable to the frenzy of "Seven Drones" or the calm of "Echoes". This ability to shift emotional gears, shared by the group as a whole, results in a collective music that is both spontaneous and cohesive. “ I couldn ’ t have put it better myself.