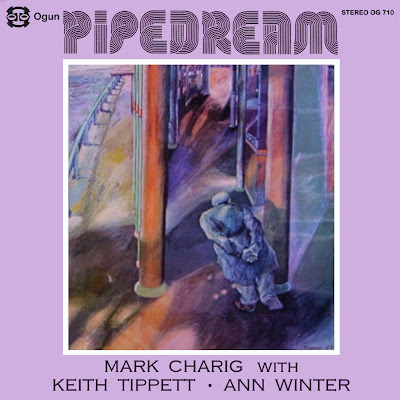 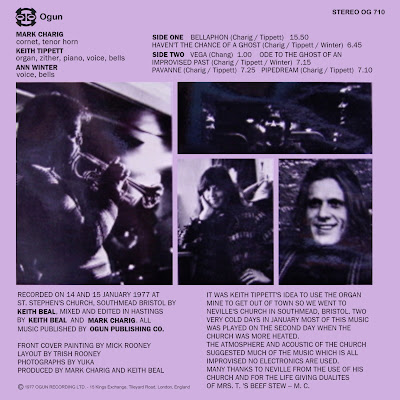 Description: Mark Charig has been one of the major exponents of the cornet on the British and European jazz scene. Additional to his jazz credentials, Charig s greatest public recognition was afforded through his participation with King Crimson on their Lizard and Islands albums, and then on their fi nal studio album Red . Charig was self-taught and started his musical career playing in various blues and soul outfi ts. One of his fi rst major gigs was a tour backing Stevie Wonder in 1966. Then at the 1968 Barry Summer school he met Keith Tippett, and fellow students Elton Dean and Nick Evans. The four musicians formed the core of the Keith Tippett Sextet, and were to be reunited in many of Tippett and Dean s groups and ensembles over the years. The Sextet gigged regularly until the autumn of 1970, when it was absorbed into the larger-scale Centipede, recording two acclaimed albums - You Are Here... I Am There and Dedicated To You, But You Weren t Listening , both released in 1970. Tippett, Dean, Charig and Evans all took part in the expanded Just Us, which evolved into Elton Dean s Ninesense, and Keith Tippett s Ark. Charig was also involved in the experimental septet line-up of Soft Machine in late 1969, and guested on the Fourth album. He was a mainstay of Chris McGregor s Brotherhood Of Breath from 1970-77, and has also played in the London Jazz Composers Orchestra since its inception. By the late Seventies, his work base had moved to the Continent, in particular Germany, where he collaborated with Fred Van Hove in MLA (with Radu Malfatti and Paul Rutherford) and ML DD 4 (with Gunter Sommer and Phil Wachsmann), and Alexander von Schlippenbach s Globe Unity Orchestra. In 1983, he also took part in French bass player Didier Levallet s Scoop ensemble.

An album that I hesitated to add in my recent overview of new vocal avant jazz albums, but that I kept for a later occasion for several reasons : it requires special attention, and it is not new. The trio is Mark Charig on cornet and tenor horn, Keith Tippett on organ, zither, piano, voice and bells, and Ann Winter on voice and bells...
...
The album is absolutely exceptional. The six tracks are improvisations, performed in St. Stephen's Church in Bristol on some cold January days in 1977. The resonance of the church provides the ideal context for this music, that is solemn, full of drama, especially when the organ is the harmonic instrument, as on the opening track and on "Pavanne". On the other tracks, when Winter sings, Tippett plays the zither, giving the music an oriental zen-like openness. Ann Winter's singing is absolutely phenomenal. Sure, she improvises, without words, but the way she integrates with the music is stunning. On the second track "Ghostly Chances", I had to re-listen several times to discern her sustained high tones from Charig's trumpet. The fourth piece, "Ode To The Ghost Of An Improvised Past", is my favorite, with Tippett joining Winter's singing: notes are sparse, but space is everywhere, soothing and destabilising at the same time, leading to an inviting sense of disorientation.

Charig is great, filling the church with his warm and clear tones, full of wonderment and surprise, giving it the spiritual context of the church setting, which not only offers the acoustics, but also the atmosphere. The same holds true for Tippett's organ, which he keeps away from the powerful bombast you may fear from the instrument. On the title track, "Pipedream", he manages to subdue the instrument to a long sonoric backdrop for Charig's bluesy soloing...
...
Apparently, the original LP sounded terrible, and was recorded with a tape recorder, and edited "with scissors and sticky tape'", as Charig describes in the liner notes. We can only be happy that technology managed to rescue the music.

This is by any measure a powerful piece of music. It's more than thirty years old, yet today it sounds like part of today's musical environment. It's a testimony to the vision of these three musicians that even after three decades this album still sounds so relevant and powerful.